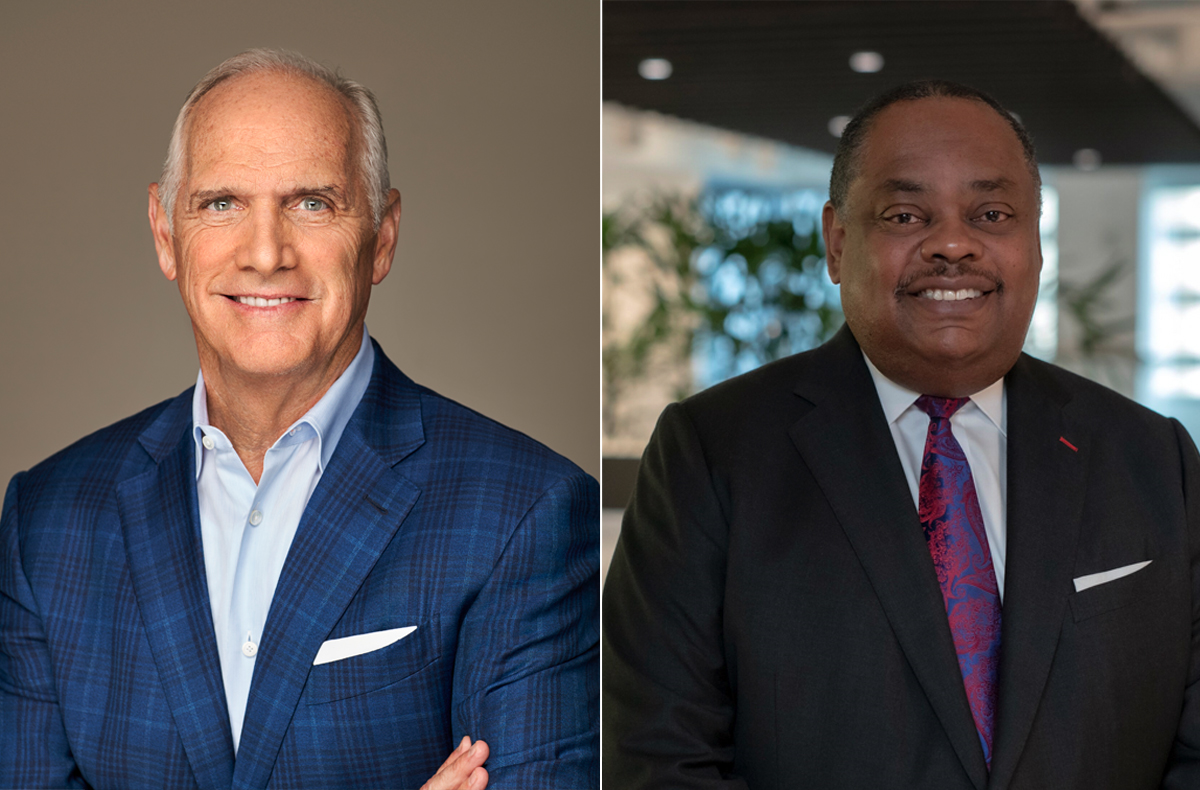 Company experienced 10 years of remarkable growth and innovation under Hilferty

Philadelphia — September 22, 2020 — Independence Health Group (Independence) today announced that President and CEO Daniel J. Hilferty has decided to retire from his position effective December 31, 2020. Gregory E. Deavens, currently executive vice president, chief financial officer and treasurer of Independence, will assume the role of President and CEO effective January 1, 2021. Hilferty will continue to serve in an advisory capacity through the end of 2022.

“Over the last 10 years, I have had the honor to work with a team of outstanding executives and employees to make Independence and its subsidiaries into the national health care leader it is today. It has been an incredible privilege to serve our millions of members, our customers, and the community,” said Hilferty. “From the day I took the job, the Board has worked with me on succession planning and talent development for the organization. The personal timing is right for me and my family. Importantly, I know the company is well positioned to succeed now and into the future under Greg’s tremendous leadership.”

“Dan has been a transformational leader, and Independence Health Group has never been stronger,” said Charles Pizzi, chairman of the Independence Health Group Board of Directors. “Since Dan became CEO, the company has increased in health care revenue under management[1] to $27 billion and nearly tripled in size, with operations across 27 states and the District of Columbia, serving 8 million members nationwide.”

Since 2010, Independence’s revenue growth has exceeded the industry average among national health care insurers. Today, the family of companies has more than 11,500 employees across the country.

Hilferty served as President and CEO of Independence for 10 years, following one year as President of Independence’s Health Markets. He led Independence Health Group’s Medicaid managed care subsidiary, AmeriHealth Caritas, for 13 years prior. Hilferty has held leadership positions within the organization for almost a quarter of a century.

Key achievements during his tenure include:

Hilferty retires as a recognized leader on the national stage. From 2015-2017, he was elected by his peers to serve as chairman of the board of directors for the Blue Cross Blue Shield Association, a national federation of 36 companies providing health care coverage for 107 million Americans nationwide. He is among a select group of nonpartisan health care leaders called upon by government leaders for advice on health care reform and is a sought-after speaker on leadership and transforming health care.

A native of the Philadelphia area, Hilferty has been a driving force behind countless civic initiatives that showcased the region, including high-profile events such as the 2015 Papal Visit and the 2016 Democratic National Convention. He is currently serving as chairperson of the Board of Directors of the Chamber of Commerce for Greater Philadelphia through October 2020. In 2017, Hilferty received the prestigious William Penn Award, which is the highest honor bestowed upon a businessperson in the Greater Philadelphia business community for their contributions to the region.

As executive vice president, chief financial officer and treasurer for Independence, Deavens directs all financial functions for the company and its subsidiaries while playing a key role in strategy for the organization. Deavens led the company’s recent purchase of its corporate headquarters building at 1901 Market Street and directed the design/build of the Independence Center for Innovation. He serves as a member of the board for Independence subsidiaries AmeriHealth Caritas and Tandigm Health. Deavens worked with colleagues to support regional health systems as part of the company’s response to COVID-19.

“Greg is an exceptional leader. He has the business acumen, energy, and vision needed to take the company forward,” said Hilferty. “He is well respected throughout the company, business leadership circles, the health insurance industry, and the Philadelphia community, Greg is the right person to lead the company into the future.”

Board chair Pizzi said, “Greg has a comprehensive knowledge of the industry and the organization from a strategic, operational and financial perspective, and has the trust and confidence of the Board.”

“I am extremely fortunate to have worked closely with a world-class leader like Dan over the past several years. I am grateful for the confidence that Dan and the Board have expressed in me to lead this great company,” Deavens said. “I look forward to working with the tremendous Independence team, continuing our legacy of enabling access to affordable quality health care, driving innovation and promoting diversity and inclusion. At the same time, we will redouble our efforts to serve members and eradicate racial inequities that exist in the delivery of health care and other aspects of our society.”

Prior to joining Independence, Deavens was with Massachusetts Mutual Life Insurance Company (MassMutual) from 2006 to 2016, where he served as the company’s senior vice president and corporate controller. His earlier experience includes leadership roles with New York Life, CIGNA, and GE Capital.

Deavens was named chairman of the board of directors for Hartford HealthCare in July 2020. He also serves on the boards of the Executive Leadership Council and the African American Museum in Philadelphia. He is a member of the National Association of Corporate Directors and the American Institute of Certified Public Accountants. He is a graduate of the School of Business & Industry at Florida A&M University.