Daniel J. Hilferty, Independence Blue Cross president and CEO, becomes board chair of the Chamber of Commerce for Greater Philadelphia 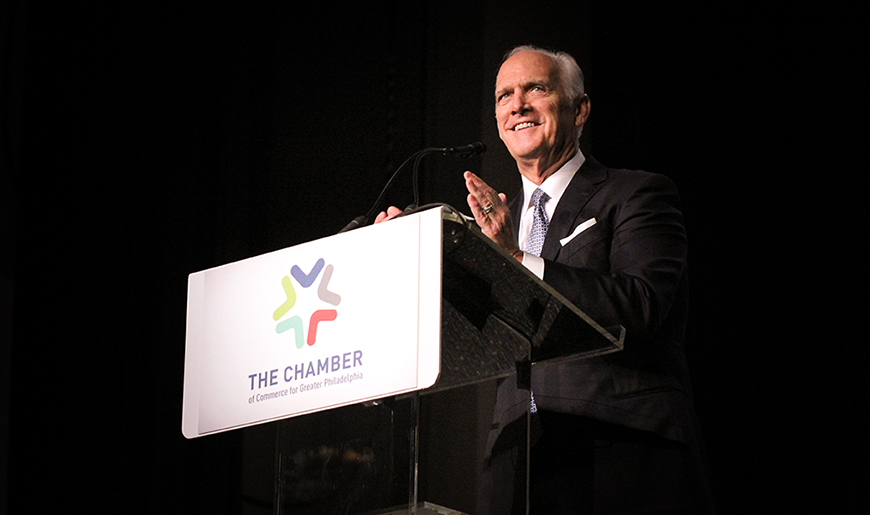 During the meeting — the region’s largest gatherings of executives, elected officials, business owners, and civic leaders — Hilferty announced the Chamber’s top priorities and vision for the region. He explained, “As a region, we have begun to think differently, now it is time to continue to act differently. We are gathering community and business leaders to discuss big ideas like modernizing our infrastructure, transforming post-secondary education, and accelerating health care innovation.”

The Chamber brings together area business and civic leaders to promote growth and create opportunity in our region. It represents eleven counties, three states, and approximately 600,000 employees from thousands of member companies and organizations.

Hilferty is also the immediate past chair of the board of directors of the Blue Cross Blue Shield Association, which represents Blue plans covering 106 million Americans, and he serves on the executive committee of America’s Health Insurance Plans. In addition, Hilferty is a member of the board of directors for Aqua America, where he is also the lead independent director; and FS Investment Corporation III. In 2015, he served as cochair on the executive leadership cabinet of the World Meeting of Families, which brought Pope Francis to Philadelphia.