Independence announces the purchase of our corporate headquarters at 1901 Market St. 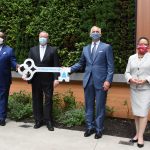 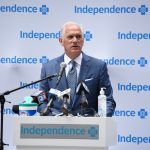 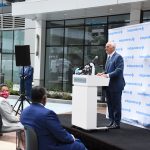 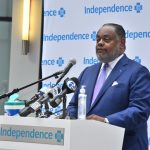 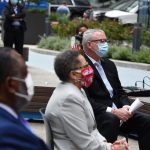 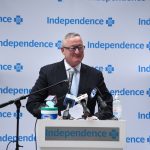 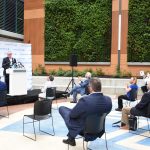 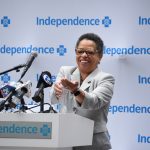 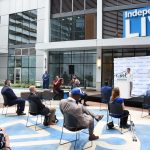 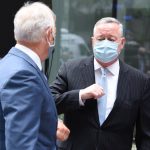 Independence CEO Dan Hilferty today announced the purchase of the company’s corporate headquarters at 1901 Market Street. The news was shared at a socially distanced event in the building’s courtyard.

Hilferty was joined by Greg Deavens, Independence executive vice president, chief financial officer and treasurer; Jim Kenney, mayor of the City of Philadelphia; and Sharmain Matlock-Turner, president and CEO of the Urban Affairs Coalition. During the ceremony, Hilferty repeated the company’s commitment to building healthy communities in every neighborhood in the region.

This purchase is an important milestone for Independence Blue Cross and underscores the company’s long-term commitment to Philadelphia and the surrounding suburbs. Hilferty stressed that the purchase is an important vote of confidence in the city and region, especially in light of efforts to recover from the challenging health and financial impacts of COVID-19.

The building was named the G. Fred DiBona Jr. Building in 2005 in recognition of the company’s former CEO. It is the cornerstone of the Independence Center City campus and an important investment in the health and well-being of our associates, members, and our entire community. Independence has proudly called Philadelphia home for more than 80 years and is one of the region’s largest employers.