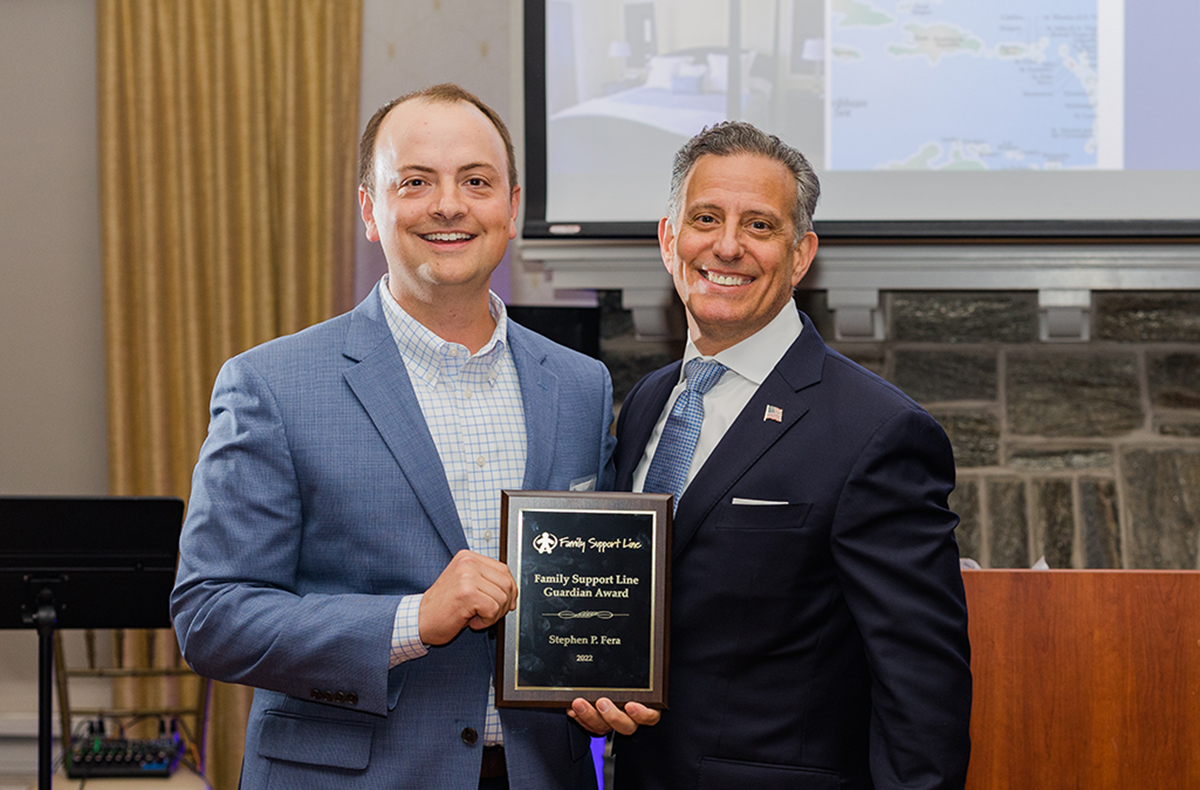 Recipients of the award are community members who exemplify exceptional commitment and passion for protecting Delaware County’s most vulnerable children and families through leadership. Other Guardian Award recipients at the event were Ellen Irwin, a former Family Support Line board member and one of its first volunteers; and June Elcock Messam, M.D., a pediatrician.

The Independence Blue Cross Foundation supported Family Support Line with a grant to develop the state’s first digital ad campaign focused on child sexual abuse. Family Support Line was also able to update its website thanks to the Foundation’s support. Independence has served as the lead sponsor of the Bids for Kids event for the last three years.

Family Support Line, based in is Media, Pa., is nonprofit organization that offers prevention programs, specialized treatment, professional training, and advocacy to advance the prevention and treatment of child sexual abuse. Mitch Vidovich, vice president of Government Affairs at Independence, is the current Family Support Line board president.