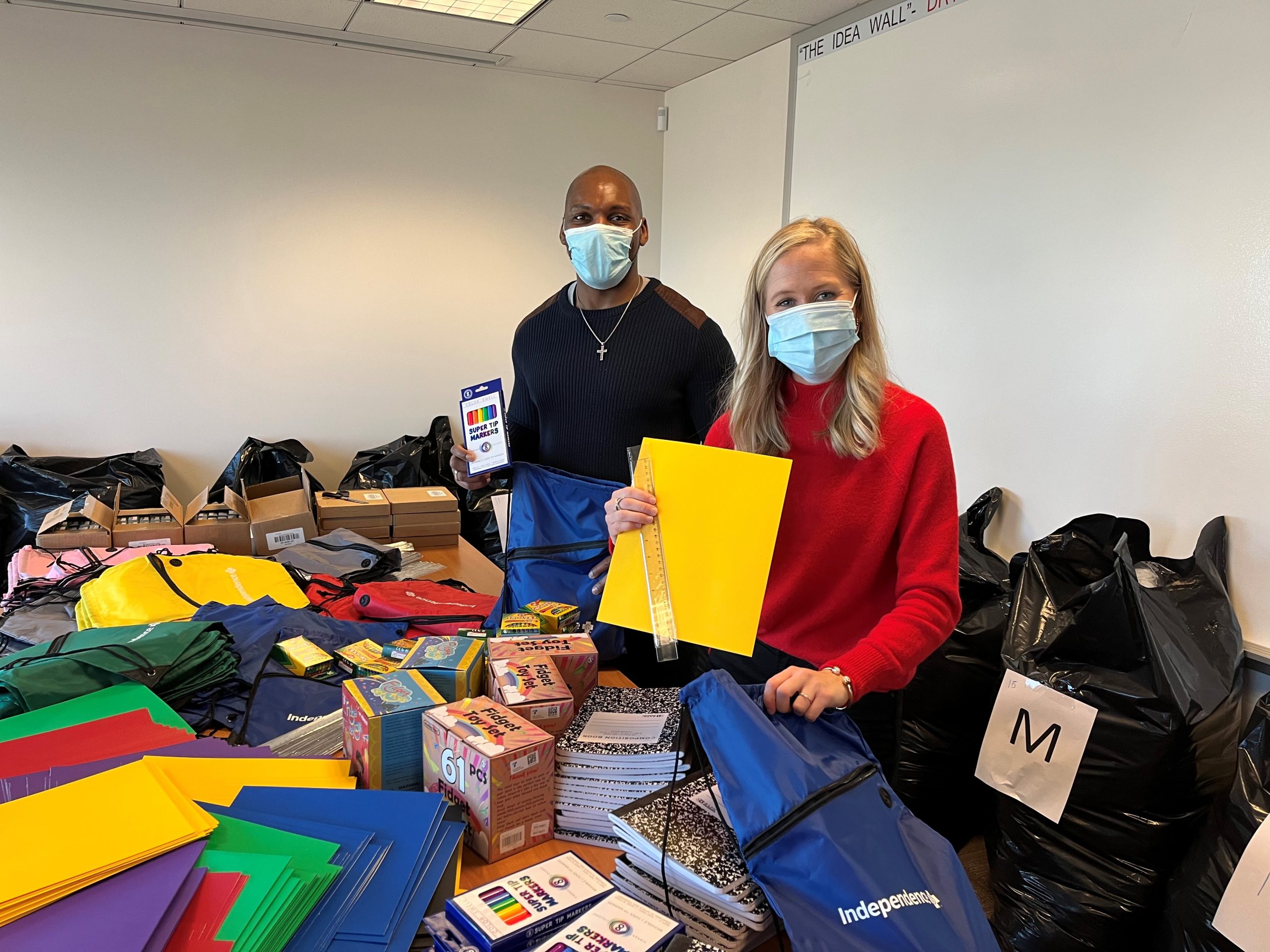 Aaron Lewis and Regina Jolly with Corporate Relations at Independence Blue Cross create gift bags for each of the Sheppard School students.

Independence Blue Cross (Independence) is keeping its annual holiday tradition of student support alive throughout the ongoing pandemic. The organization purchased and delivered school supplies, along with winter coats, hats, and gloves, for each student at Isaac A. Sheppard School, the company’s adopted Philadelphia public school.

Teachers and staff will help distribute the items to each student after the winter break.

Traditionally, Independence associates generously participate in the annual campaign by purchasing and donating gifts and coats for Sheppard School students. Then, Independence coordinates the delivery by “Santa” and “Mrs. Claus.” During the special day, students and staff join a spirited sing-along of holiday classics by Independence’s associate singing group, the Sounds of Independence.

For nearly 30 years, Independence has provided the Sheppard School with year-round support in the form of sponsorship and volunteerism.