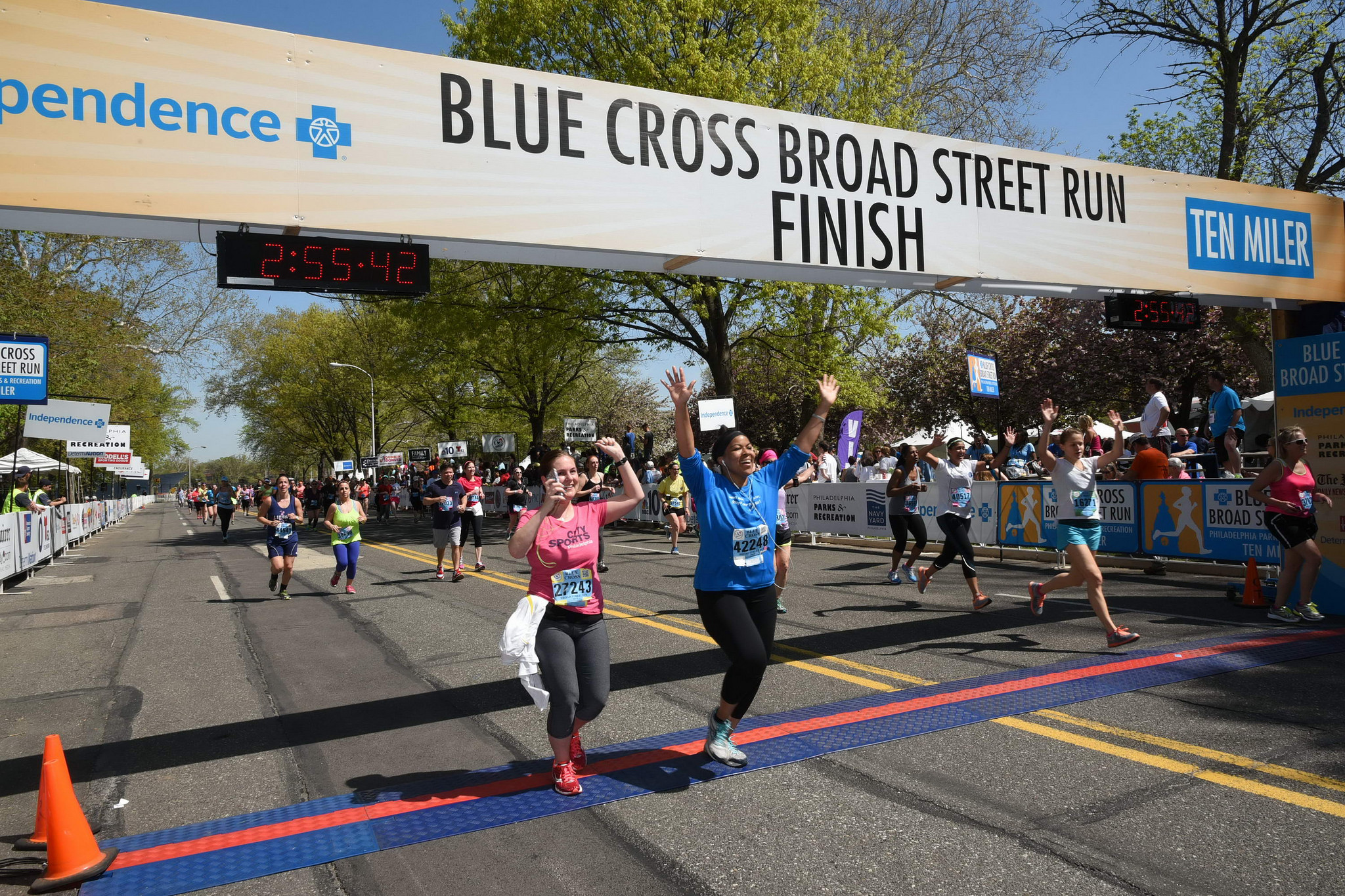 Registration for the Philadelphia Department of Parks and Recreation’s 37th annual Blue Cross® Broad Street Run 10 miler opens today at broadstreetrun.com. Registration will continue until 11:59 p.m. on Friday, February 12. For the 20th consecutive year, Independence Blue Cross (Independence) is the title sponsor of the run, which is the nation’s sixth largest road race. The race raises money for the American Cancer Society.

Philadelphia, PA — Registration for the Philadelphia Department of Parks and Recreation’s 37th annual Blue Cross® Broad Street Run 10 miler opens today at broadstreetrun.com. Registration will continue until 11:59 p.m. on Friday, February 12. For the 20th consecutive year, Independence Blue Cross (Independence) is the title sponsor of the run, which is the nation’s sixth largest road race. The race raises money for the American Cancer Society through runners’ donations and pledges.

Runners will register through a lottery to accommodate the large number of registrants, and winners will be posted on broadstreetrun.com on Tuesday, February 16.

The Blue Cross Broad Street Run, to be held this year on Sunday, May 1, began in 1980 with 1,500 runners racing the 10 miles from Broad Street and Somerville Avenue to the old JFK Stadium. Last year, close to 36,000 runners completed the event, including more than 12,700 Independence members. The Department of Parks and Recreation anticipates another sellout of 40,000 registered runners from across the country this year. The race registration fee is $45.

For the second consecutive year, the race will be broadcast live in its entirety from 8 to 10:30 a.m. by NBC-10 and Telemundo TV.

“The lottery system gives everyone an equal chance to secure a race spot no matter when they sign up during the 12-day registration period. The chances are excellent to get a bib through the lottery,” said Race Director Jim Marino from the City of Philadelphia Department of Parks and Recreation, which manages the annual race.

“However, for the small percentage of runners that aren’t accepted, we encourage them to contact one of the four race charities, the American Cancer Society, our official race charity, or any of these three charities — the Fairmount Park Conservancy, Students Run Philly Style, or Back on My Feet, Philadelphia chapter. Runners can register for the race at these charities with a donation of $500,” said Marino. “It is our hope that everyone who wants to participate will be able to and that’s why we make a number of additional race bibs available through these charities.”

Again this year, runners who have completed at least 10 Blue Cross Broad Street Run races in previous years and who enter the lottery but aren’t selected will be guaranteed a spot if they apply for a “tenured” runner spot by March 1, 2016. More information about the lottery and the tenured runner program can be found on the race website at www.broadstreetrun.com.

“We are very excited about sponsoring the Blue Cross Broad Street Run for the past 20 years and the special enjoyment the race brings to our city for runners, volunteers, and spectators,” said Independence President and CEO Daniel J. Hilferty. “In the dead of winter, it’s uplifting to look forward to one of our city’s most highly anticipated spring events. We wish all the participants good luck as they train for the race.”

In addition to the Blue Cross Broad Street Run, Independence is sponsoring its 10th National Walk @ Lunch Day, the company’s second major health-related event, which was created by the Blue Cross Blue Shield Association in 2007. This 1.5-mile walk held this year on Wednesday, April 28, 2016 is one of hundreds that take place simultaneously across all 50 states, the District of Columbia, Puerto Rico, and Canada to demonstrate how easy it can be to fit regular exercise into even the busiest of schedules.

About the Blue Cross® Broad Street Run
The Blue Cross Broad Street Run is owned and managed by the Philadelphia Parks & Recreation Department with the cooperation of city agencies and more than 125 volunteer groups. The race is always held the first Sunday in May, and the course includes a variety of Philadelphia neighborhoods along Broad Street. The race raises funds for the American Cancer Society through runner pledges and donations and supports numerous community and charity programs throughout the Greater Philadelphia area.

About Independence Blue Cross
Independence Blue Cross is the leading health insurance organization in southeastern Pennsylvania. With our affiliates, we serve nearly 10 million people in 25 states and the District of Columbia, including 2.5 million in the region. For nearly 80 years, we have been enhancing the health and wellness of the people and communities we serve by delivering innovative and competitively priced health care products and services; pioneering new ways to reward doctors, hospitals, and other health care professionals for coordinated, quality care; and supporting programs and events that promote wellness. To learn more, visit www.ibx.com. Connect with us on Facebook at ibx.com/facebook and on Twitter at @ibx. Independence Blue Cross is an independent licensee of the Blue Cross and Blue Shield Association.