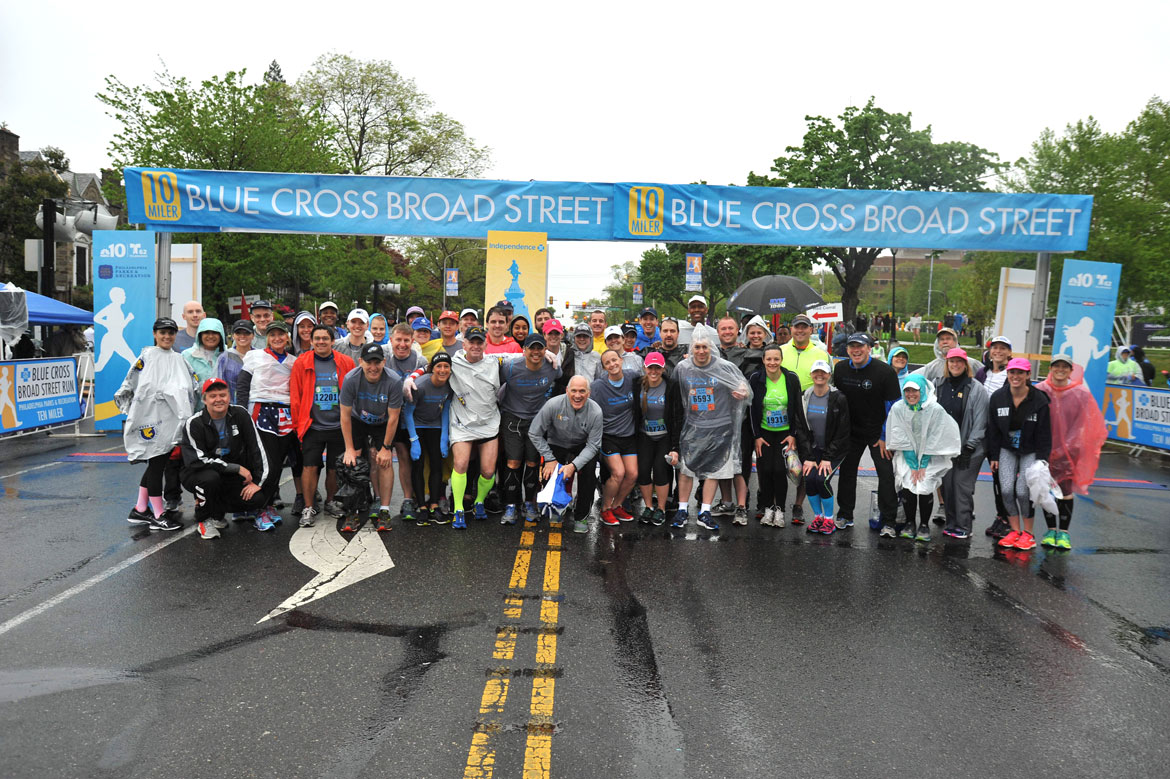 The cold, rain, and occasional wind gusts didn’t stop more than 34,000 runners from participating in the 37th annual Blue Cross Broad Street Run on Sunday, May 1. The run, which is the nation’s largest 10- miler, takes participants from Broad Street and Sommerville Avenue to the Navy Yard — all the while passing iconic Philadelphia landmarks such as Temple University, City Hall, the Academy of Fine Arts, and the Sports Complex.

As the presenting sponsors of the race for the past 20 years, Independence is proud of the commitment to health by the runners, which included more than 12,000 Independence Blue Cross members. We congratulate the winners, including Abebe Mecuria who finished first among the men’s division with a time of 48:42:73 and Crystal Burnick who finished first among women with a time of 57:07. In addition, Tony Nogueria captured the men’s wheelchair title with a time of 36:52 and Michelle Wheeler won the women’s wheelchair division finishing in 58:24.

The Independence Blue Streaks— our running team — participated in full force this year with more than 160 members racing in the Blue Cross Broad Street Run. In the week leading up to the run, NBC-10 featured a story about our team’s unique training program, which includes climbing more than 1,400 stairs in our headquarters at 1901 Market Street, as well as weekly group runs and other cross training.