Lorina Marshall-Blake honored by the American Academy of Nursing 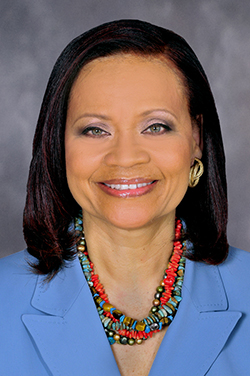 Independence Blue Cross Foundation (Foundation) President Lorina Marshall-Blake was inducted as an Honorary Fellow into the American Academy of Nursing (Academy) for her role as an innovative leader in building healthier communities. The Academy honored Marshall-Blake along with three other industry leaders at the Academy’s 2016 Transforming Health, Driving Policy Conference in Washington, D.C. The Honorary Fellowship is awarded to individuals who are making outstanding contributions to health care and/or nursing.

The Foundation’s nursing partners from Drexel University, University of Pennsylvania, and Widener University were also inducted, along with 159 others, as Academy Fellows.