Independence teams up with Santa to bring holiday cheer to students at Isaac A. Sheppard Elementary School 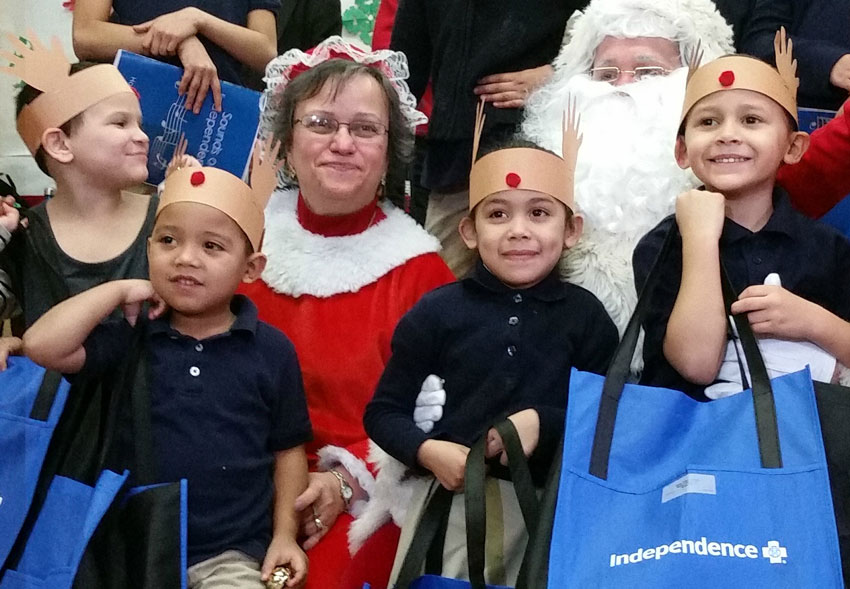 To celebrate the holiday season, Independence Blue Cross (Independence) along with Santa and his elves, made their annual holiday gift and winter coat delivery to 200 students at Isaac A. Sheppard Elementary School in Philadelphia. Independence has supported the Sheppard School for more than 30 years and has partnered on a variety of initiatives including Philadelphia Reads, Reading is Fun, Philadelphia Cares, and the Good Skates Program.

Donna Crilley-Farrell, Independence’s vice president of Corporate Communications, presented school Principal Marisol Rivera Rodriguez with a corporate donation for $3,500 to enhance the teachers’ lounge. In addition, carolers from Independence led a sing a-long with the children and each student received an individually selected, wrapped holiday gift from Santa.

Sheppard was originally one of nine schools targeted for closure in December 2011. In April 2012, The Philadelphia School District voted to keep the Sheppard School open because of improved test scores and strong community support.