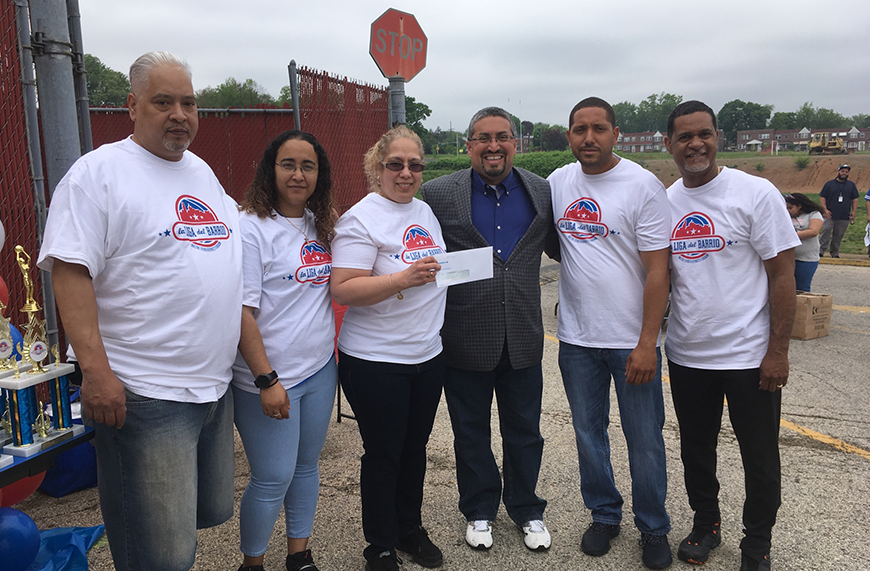 The check presentation took place at La Liga’s annual awards banquet on Saturday, May 12, at the Aspira gym in North Philadelphia. Lopez spoke at the ceremony, recognizing Independence’s ongoing support for La Liga and pledging the company’s continued commitment.

“When you see these great kids staying healthy and learning to play as part of a team, I’m so proud that our team at Independence was there to help pick them up,” said Lopez.

The donations will be used to help purchase uniforms and other equipment for the upcoming season.

Latinos con Propósito is one of Independence’s associate resource groups, which offer an opportunity for associates who are drawn together by characteristics they may have in common to connect and engage with each other to enhance their cultural competence, develop leadership skills, and support the community.

La Liga was founded in 2000 by the Philadelphia 76ers and former Philadelphia City Councilman Angel Ortiz as a means to engage young people from the inner city in organized after-school activity. Their mission is to promote educational achievement, discipline, peer group socialization, and collaboration through basketball.