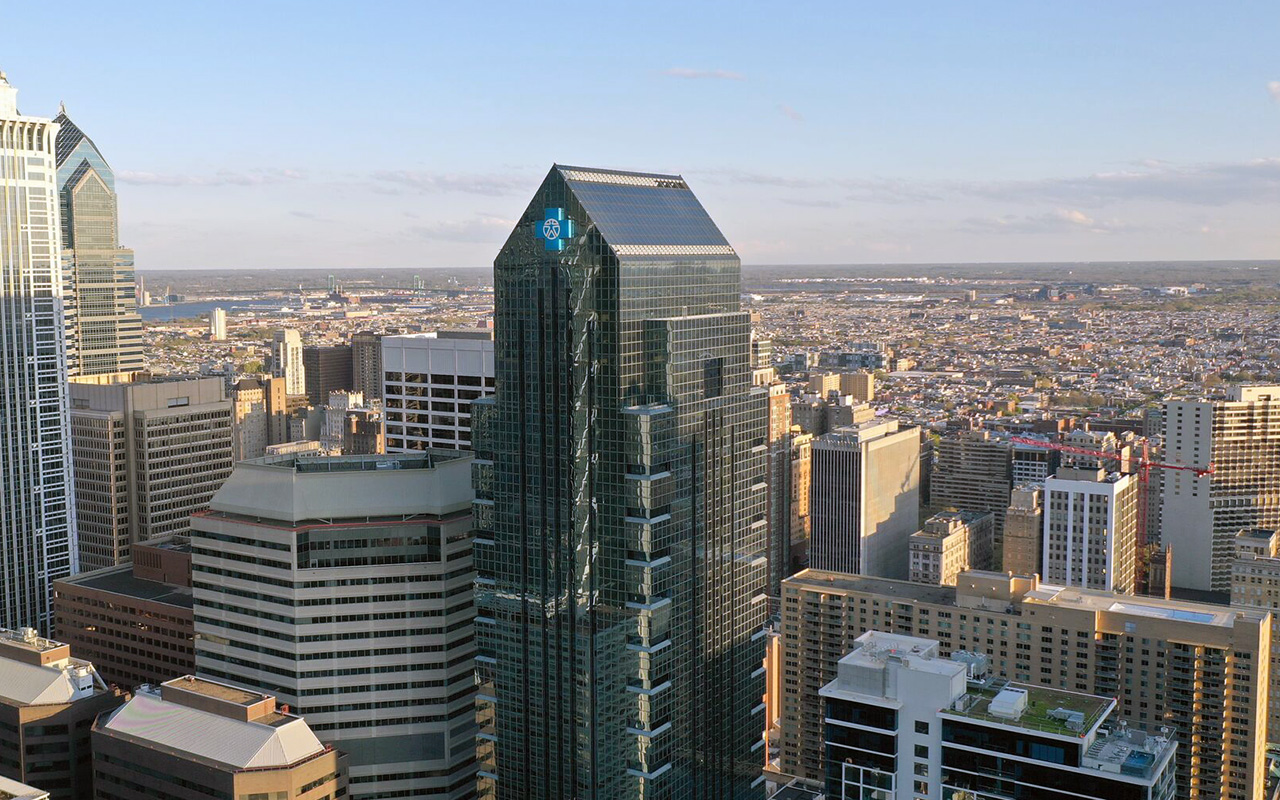 “The purchase of our headquarters at 1901 Market Street is a special moment for our company. More importantly, it signifies our long-term commitment to this neighborhood, the City of Philadelphia and to the amazing people who live and work here,” said Independence Health Group CEO Daniel J. Hilferty during a ceremony at Independence headquarters. “This building is the cornerstone of our Center City campus, which is dedicated to the health and well-being of our associates, members, and our entire community. As we navigate the challenges of returning to a new normal amid COVID-19, our commitment remains as strong as ever.”

Construction of 1901 Market Street began in 1987, specifically for Independence, and occupancy began in 1989. The building spans approximately 800,000 square feet, consists of 45 floors and occupies three quarters of an acre along the bustling West Market Street corridor. It is the eighth tallest office tower in Philadelphia and houses nearly 2,500 Independence associates.

Over the last decade, Independence reinvested in the building, named for former Independence CEO G. Fred DiBona, Jr., through key renovations and improvements, including the opening of The Center for Innovation, the Joseph A. Frick Training and Conference Center, an expanded cafeteria, a recently renovated associate fitness center, a revamped lobby, modernized workspaces on all floors, and updated building mechanicals and controls to improve overall efficiency. The building received the U.S. Environmental Protection Agency’s ENERGY STAR certification for the past five years in a row, receiving a score of 84 in 2019.

“We are always looking for strategic ways to invest in the growth and efficiency of our organization, to ultimately better serve our members and the community,” said Gregory E. Deavens, Independence executive vice president, chief financial officer, and treasurer. “Our commitment to Philadelphia through the purchase of our corporate headquarters is both an important development for our company and a vote of confidence in the bright future of this region.”

The building was acquired from Piedmont Realty Trust.

For more than 80 years, Independence has continued to serve the Greater Philadelphia region as a leading health care company and one of its largest employers.