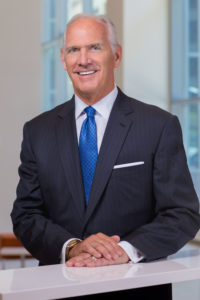 Philadelphia magazine named Independence President and CEO Daniel J. Hilferty one of the 100 Most Influential People in Philadelphia in the November issue.

Hilferty was recognized for Independence’s strong revenue growth under his leadership, as well as his work navigating a changing health care landscape, being a “go-to source” for two presidential administrations, and helping to plan two successful events that put Philadelphia on the world stage — the Papal visit in 2015 and the 2016 Democratic National Convention.

The magazine’s first-ever roundup of the region’s 100 most influential and innovative people includes leaders from a wide cross-section of categories including politics, business, tech, health, science, restaurants, entertainment, sports and fashion.