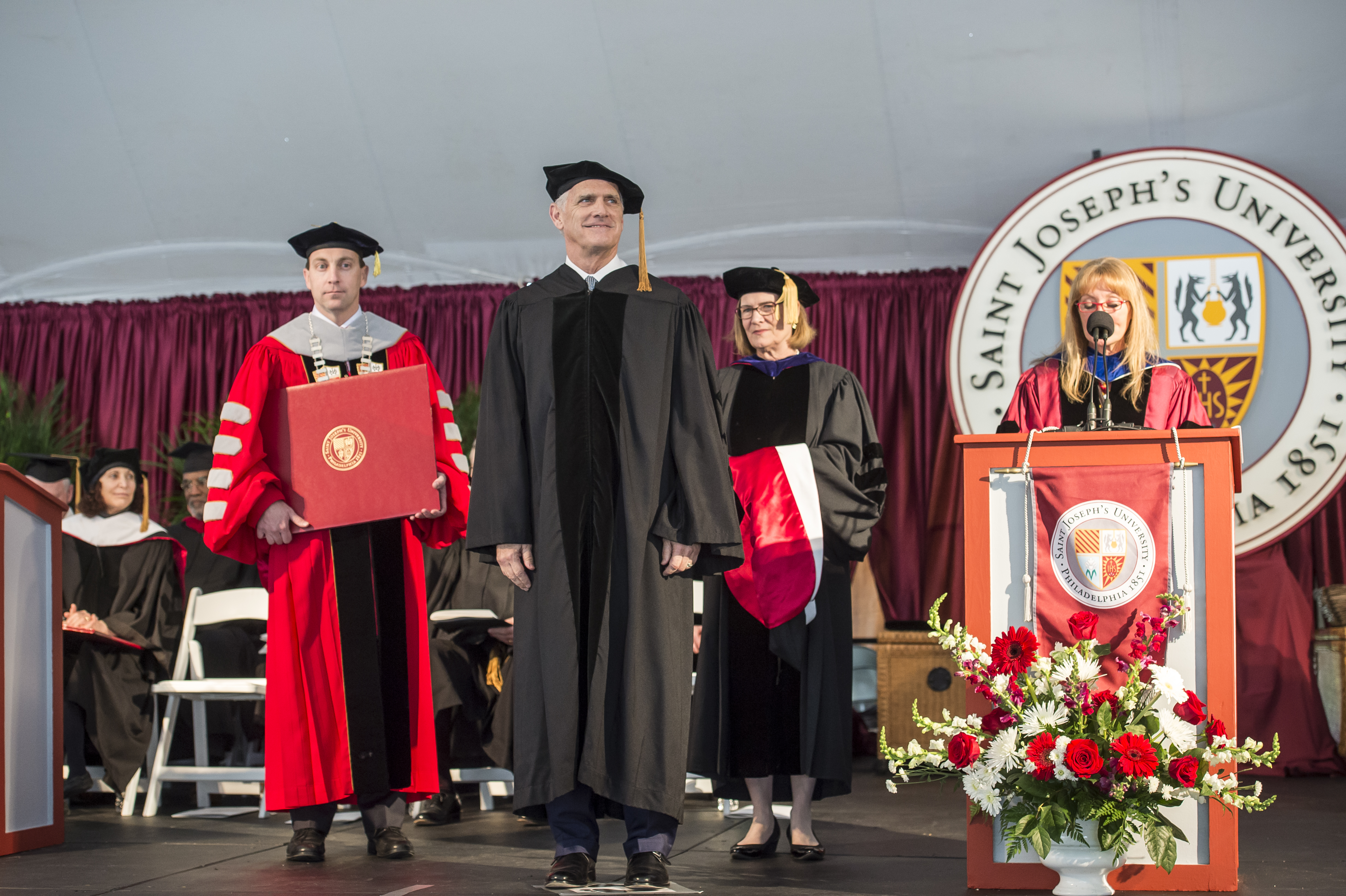 Independence President and CEO Daniel J. Hilferty delivered the morning commencement address for Saint Joseph’s University undergraduate ceremony held on campus Saturday, May 14. Hilferty, a graduate of Saint Joseph’s and a former member of the University’s Board of Trustees, also received an Honorary Doctor of Humane Letters degree at the ceremony.

“Graduates, practice self-leadership. Allow yourself to embark on a deep introspective journey,” Hilferty shared in his commencement. “Be who you are. From that ‘authentic you’ will emerge the best that you have to offer.”

In his remarks, Hilferty shared words of wisdom from spiritual leaders who influenced his life, including Pope Francis and Pedro Arrupe. Hilferty captured a snapshot of his personal journey as he spoke proudly of his participation in a collaborative effort to cure cancer – and encouraged graduates to “be the next generation of these brilliant scientists.”

Regardless of a chosen path in life, Hilferty urged the graduates to “be the one who never stops learning, never stops caring, and never, ever stops trying to make the world a better place.”

Congratulations to the Class of 2016!