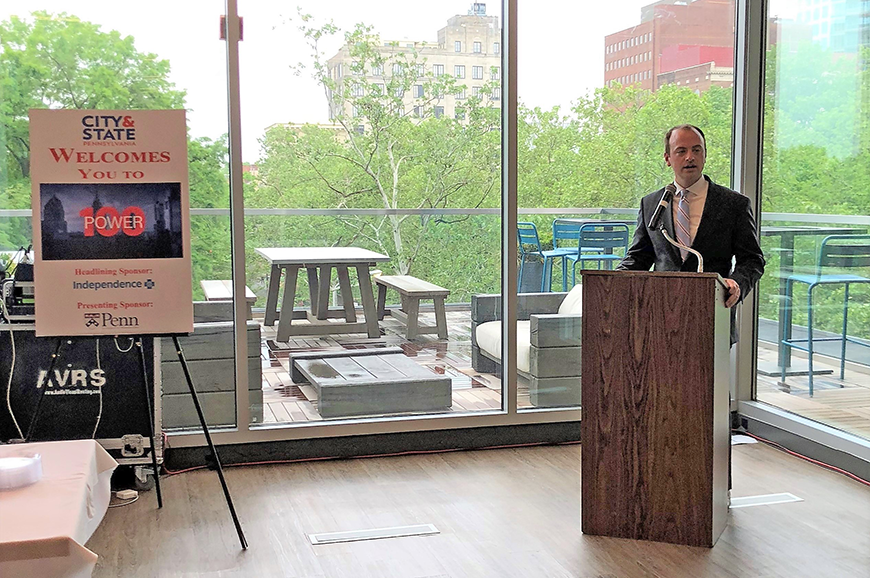 Independence Blue Cross President and CEO Daniel Hilferty has been selected as one of Pennsylvania’s 100 most powerful people by City & State PA, a news firm that covers Pennsylvania’s state and local government, political and advocacy news.

In the listing, City & State PA referenced Hilferty’s work to combat the opioid crisis as well as his advisory role related to the Affordable Care act for both the Obama and Trump administrations. The publication stated: “When Dan Hilferty weighs in on the need for a bipartisan, public-private fix for the Affordable Care Act, presidential ears perk up.”

City & State PA revealed its 2018 rankings at a celebration on May 17 at Constitution Place in Philadelphia. At the event, Independence Director of Government Relations Mitch Vidovich gave welcome remarks and introduced Congressman Brendan Boyle, who gave the keynote address.