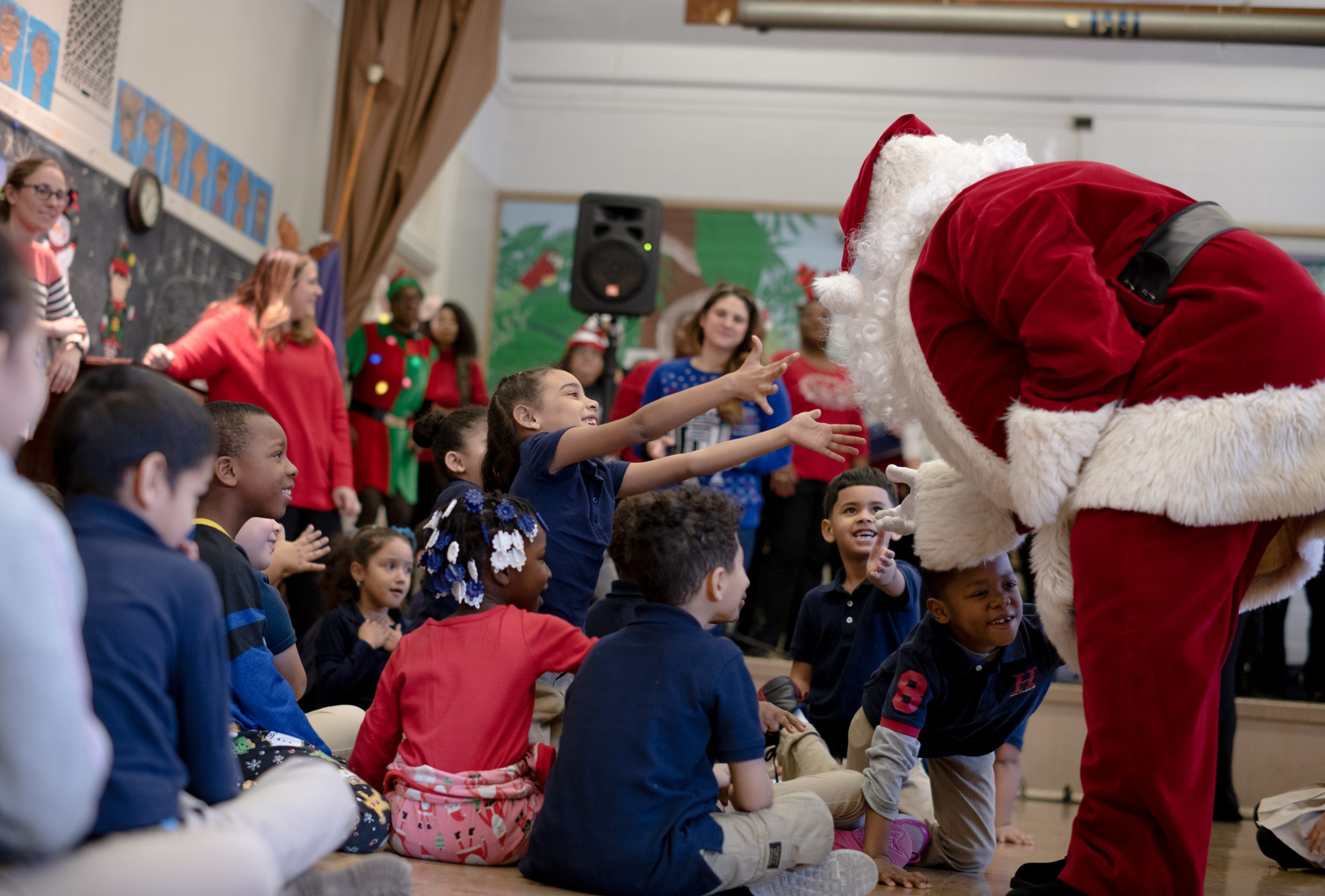 Santa’s sleigh made an early stop at the Isaac A. Sheppard School in West Kensington on December 18 thanks to the generosity of Independence Blue Cross associates. Each of the more than 165 students in the school received a personalized, wrapped holiday gift. The school also received hundreds of new winter coats to give to its students in need.

All donations were made by Independence associates through an internal holiday donation program called The Giving Tree.

The day included a spirited sing-a-long of holiday favorites by the Sounds of Independence, led by Lorina Marshall-Blake, vice president of Community Affairs.

For nearly 30 years, Independence has provided the Sheppard School with support in the form of sponsorship and volunteerism. This important community partnership is evident year-round, in activities including Philadelphia Reads, Reading is Fun, Philadelphia Cares, and the Good Skates Program.