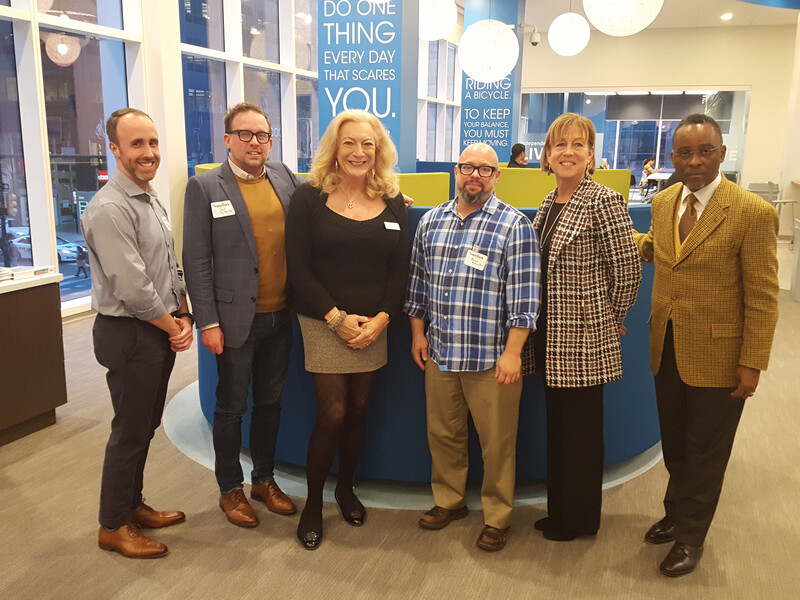 On November 4, Independence Blue Cross and TransWork hosted a job fair for transgender and gender non-binary individuals. Held at Independence LIVE, the event highlighted tips for applicants to get noticed and featured insight from representatives of both organizations.

“Our goal is to create a workforce that reflects and understands the diversity of the communities we serve, so we are proud to partner with TransWork to create opportunities for job connections,” said John F. Clayton, Independence director of Diversity, Inclusion, and Workforce Initiatives. “Diversity not only helps us build a strong workforce, it provides a wide range of perspectives that help us come up with health plans that meet the needs of our members.”

During the job fair, attendees had an opportunity to:

Independence is committed to offering an inclusive environment where associates can come to work every day and be themselves. According to a 2015 U.S. Transgender Survey Pennsylvania State Report of more than one thousand trans-identified state residents:

The November 4 event with Independence is only the second TransWork job fair held in this region. TransWork’s first job fair was held September 10, 2019 in partnership with the Philadelphia International Airport.

Upcoming TransWork job fairs and workshops can be found on the TransWork event website.