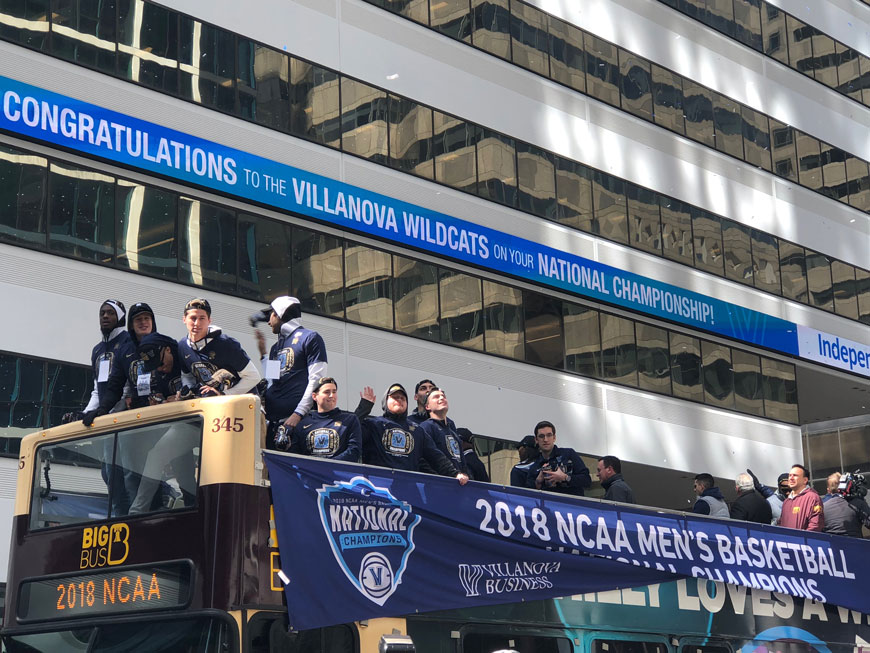 Independence Blue Cross and the entire Independence Health Group (IHG) shares in the region’s pride and excitement related to the success of Villanova University’s men’s basketball team, which earned its second NCAA national championship in three years on April 2. As it did two years ago, Independence is again a sponsor of the victory parade being held in Philadelphia — which will run right in front of the Independence headquarters at 1901 Market —  on April 5.

“As a national health care company based in Philadelphia, Independence Health Group supports all of our regional sports teams. I know that many of our members and associates were thrilled when the Wildcats brought another NCAA championship back to our region this week. Our congratulations go to the Villanova student-athletes and coaches for their hard work and tenacity, and we look forward to cheering them on at the parade,” said Daniel J. Hilferty, president and CEO of Independence Health Group.

Independence counts many Villanova graduates and those with Villanova family connections among its associates. Independence also recently supported Philadelphia Eagles fans during the team’s championship run. This included the sponsorship of “underdog” masks in The Philadelphia Inquirer before the Big Game and partnering with SEPTA to offer free subway rides during the parade.