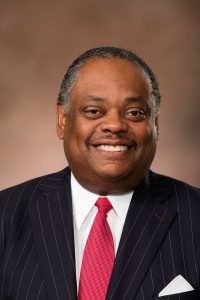 As chief financial officer for IHG, Deavens will direct all financial functions for Independence Blue Cross and other IHG subsidiaries while playing a key role in strategic planning for the organization. He will also hold the roles of executive vice president and treasurer.

“Strong fiscal leadership has never been more important in our industry, and Greg brings a track record of leadership, vision, and strategic planning to our Finance organization during a transformative time,” said Daniel J. Hilferty, president and chief executive officer of Independence Health Group. “His broad finance and strategy experience across the insurance and health care fields will serve him and Independence Health Group well as we prepare for the ambitious work ahead of us.”

Deavens currently serves on the board of directors for Hartford Healthcare. He is also a board member for The Executive Leadership Council and The Amistad Center for Art & Culture.