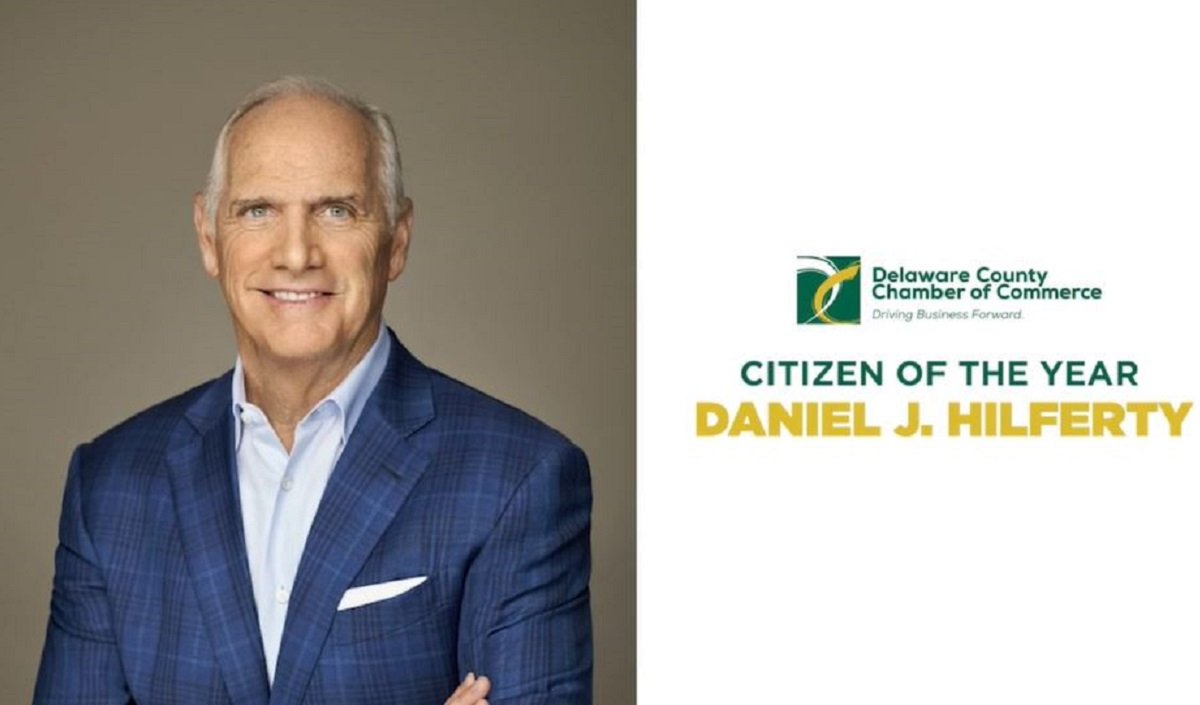 Independence Blue Cross President and CEO Daniel J. Hilferty has been recognized as Citizen of the Year by the Delaware County Chamber of Commerce during its annual meeting on November 19.

A native of the Philadelphia area, Hilferty was honored for his commitment to the community, exceptional business achievements, and dedication to ensuring economic stability and growth in the region.

Since becoming CEO of Independence Blue Cross (Independence) in 2010, Hilferty has been a driving force behind countless civic initiatives that showcased the region, including high-profile events such as the 2015 Papal Visit and the 2016 Democratic National Convention. In 2017, Hilferty received the prestigious William Penn Award, which is the highest honor bestowed upon a businessperson in the Greater Philadelphia business community for their contributions to the region.

This year, the African American Chamber of Commerce honored Hilferty as the Corporate Advocate of the Year for his commitment to diversity and inclusion and for expanding opportunities for people of color, women, and veterans. He also recognized as Marketer of the Year by a chapter of the American Marketing Association for leading the company’s COVID-19 communications and sharing critical public health messaging.