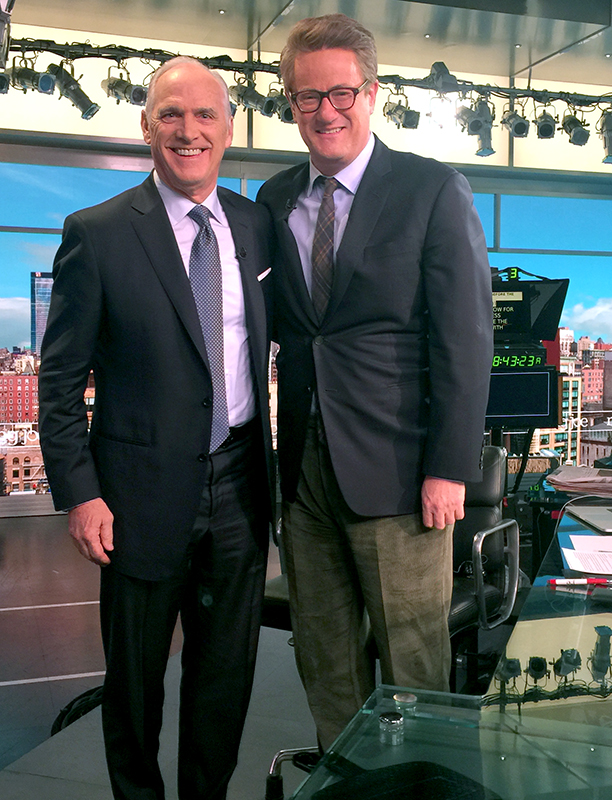 During the segment, which aired Friday, December 16 at 8:30 a.m., Hilferty shared his thoughts on changing behavior and helping people stay healthy longer by saying “It’s not just the behavior of the individual but also the behavior of the system. We need to better manage the use of addictive drugs.”

Hilferty also stressed the importance of primary care physicians and real-time data to help people get the care they need at the time they need it.

Dan last appeared on Morning Joe in July along with Dr. Ezekiel Emanuel to discuss the role of health care in the 2016 election.