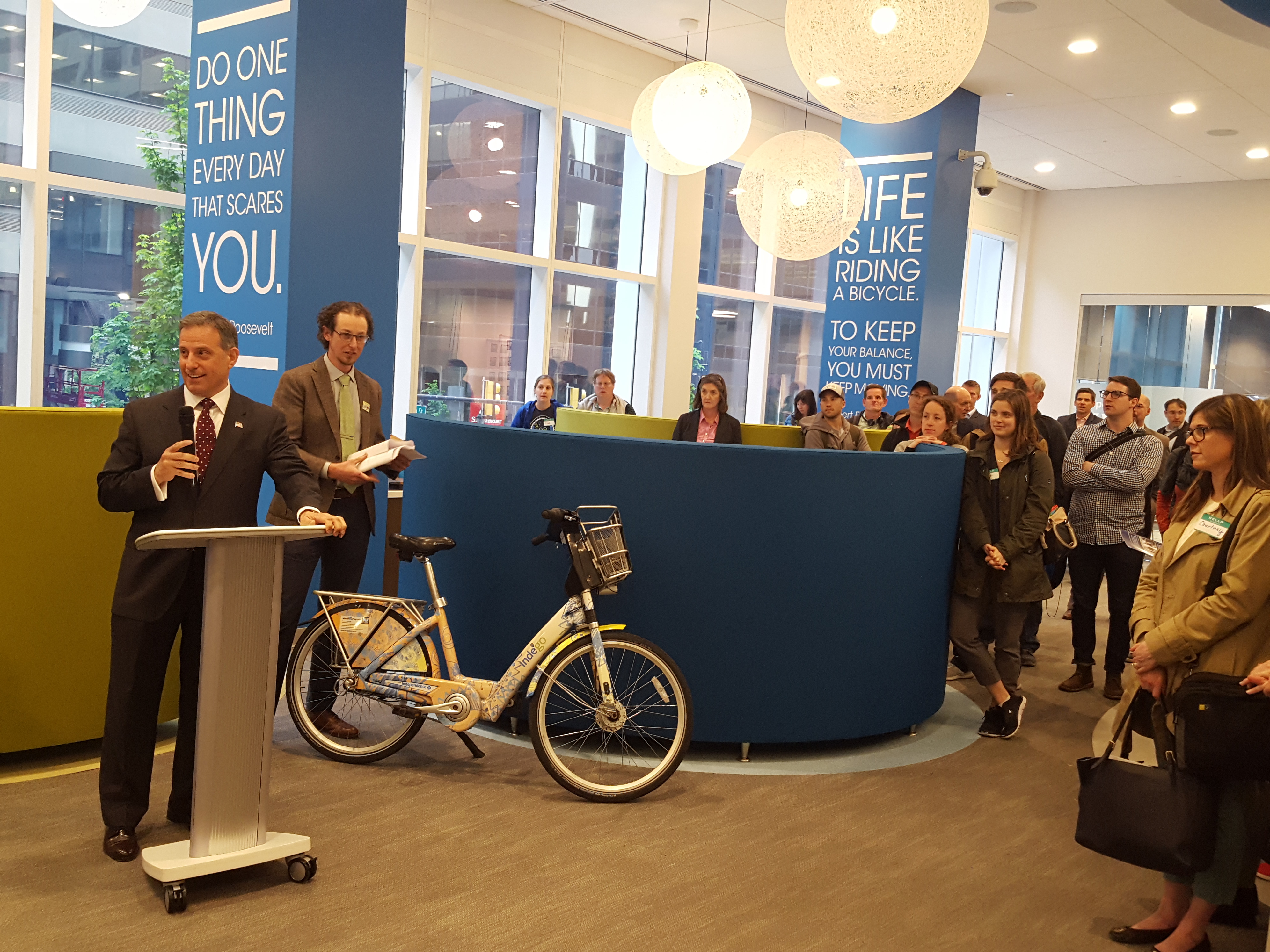 On May 11, Independence Blue Cross joined The City of Philadelphia and Bicycle Transit Systems to celebrate the second anniversary of Indego Bike Share. Nearly 200 riders, partners, and supporters of Indego attended the party which was hosted at Independence LIVE, our new multipurpose community facility at 1919 Market Street.

The event highlighted the bike share program’s many successes from the last 12 months:

Independence SVP Public Affairs Stephen P. Fera joined representatives from the City and spoke about our long-standing commitment to the health and well-being of the people in our community: “Independence is proud of our part in making Indego possible — for the health benefits, the economic impact, and the sheer fun of it. This bike share program has made Philadelphia a better place to live and work, and it represents Independence’s commitment to you and the community.”

Thanks in part to our sponsorship, Indego is poised for even bigger things in 2017: