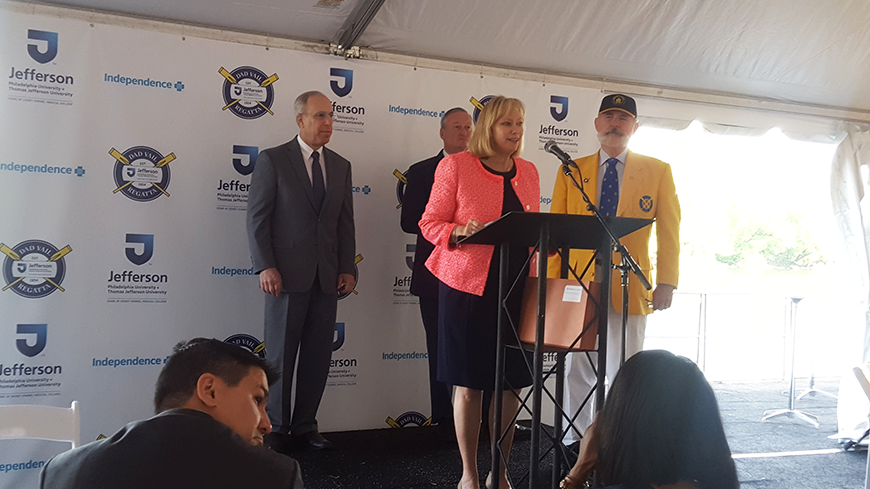 Thousands of student athletes from over 100 colleges and universities in the United States and Canada gathered in Philadelphia over Mother’s Day weekend to compete in the largest collegiate regatta in North America: the Jefferson Dad Vail Regatta. Independence Blue Cross once again returned as a presenting sponsor of this iconic Philadelphia tradition, now in its 80th year.

This year’s Regatta took place Friday, May 11 and Saturday, May 12 on the Schuylkill River. Speaking at the kick-off celebration on Friday morning, Independence VP Corporate Communications Donna Farrell shared: “This event epitomizes what makes Philadelphia so fantastic — it brings together world-class athletes and fans from across the country to the banks of the beautiful Schuylkill.”

Farrell added: “We have been committed to the health and well-being of this community for 80 years, and that includes “#FearlessFit” activities that promote and champion healthy lifestyles — like the Blue Cross Broad Street Run, Indego bike share, and — of course — the Dad Vail!”

Among the universities and colleges that competed in the Dad Vail Regatta are virtually every local school: Drexel University, LaSalle University, Philadelphia University, St. Joseph’s University, and Villanova University.