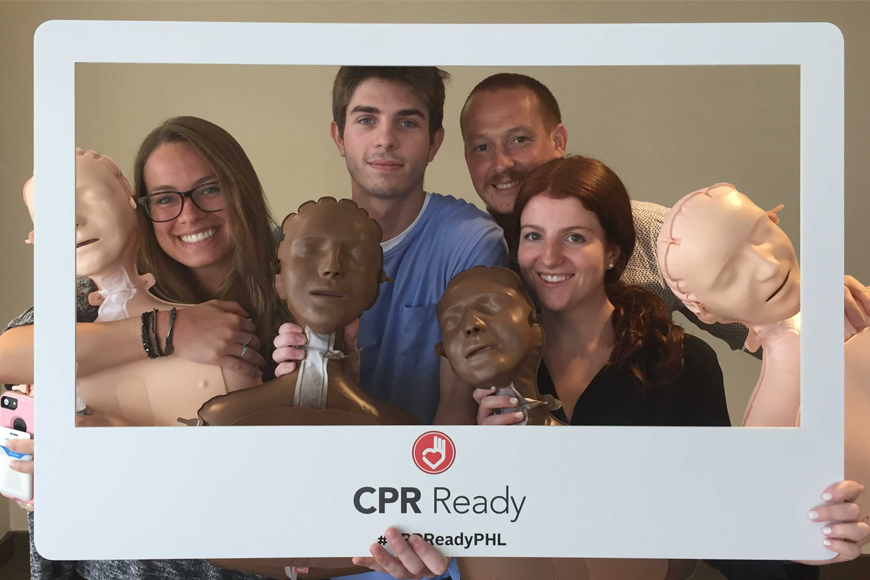 Independence interns pose for a photo after becoming “CPR Ready” at an onsite training provided by the Mobile CPR Unit.

Summer interns at Independence Blue Cross (Independence) learned how to identify signs of cardiac arrest and respond with Hands-Only CPR, a life-saving skill that can be performed by anyone and significantly increase the chance of survival for a cardiac arrest victim.

The training is a part of a larger collaborative effort, called CPR Ready, to improve the outcomes of individuals who sustain cardiac arrest outside of a hospital by increasing the number of people in Philadelphia who feel prepared to respond in an emergency by performing Hands-Only CPR and using an AED.