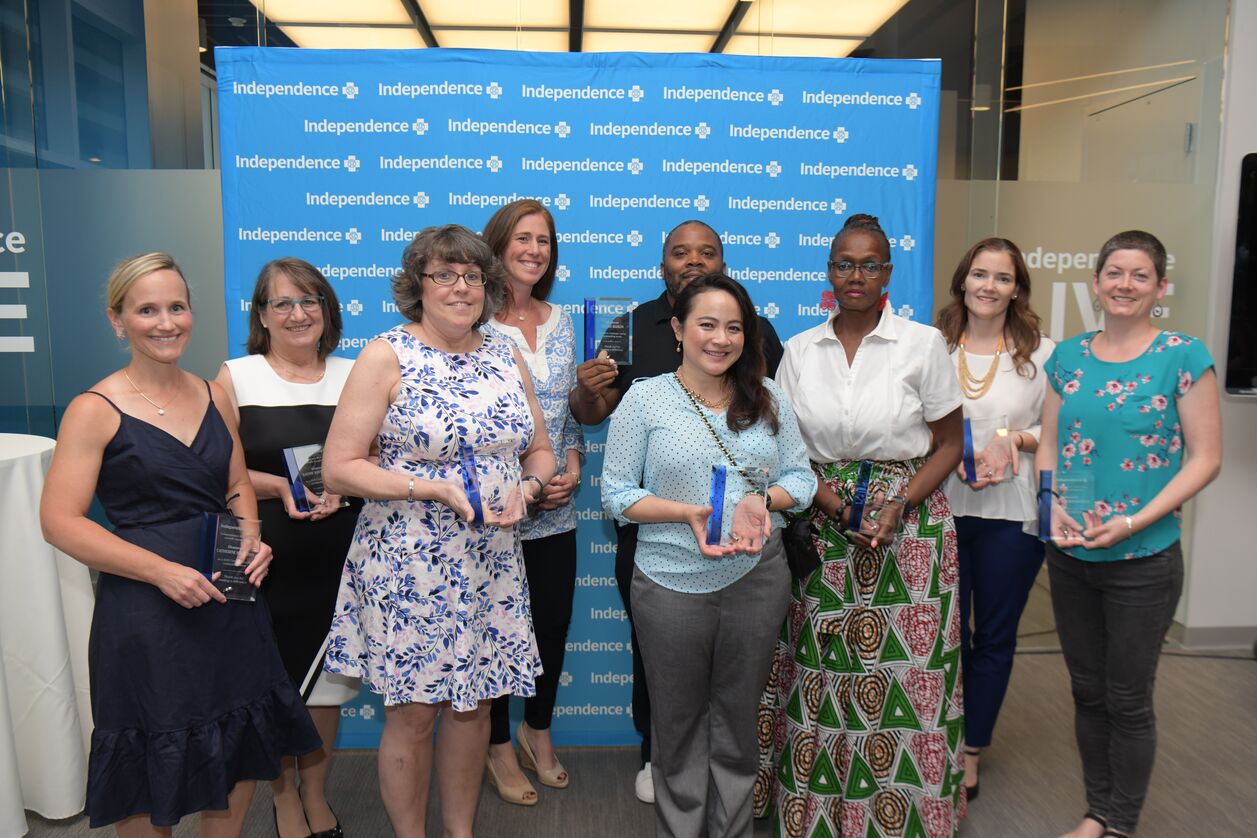 Independence Blue Cross (Independence) hosted a reception for the winners and finalists of its Celebrate Caring campaign on June 18 at Independence LIVE, 1919 Market St. in Philadelphia.

Celebrate Caring was a multi-media campaign and contest which invited the public to identify nurses who go above and beyond to deliver exceptional care. Nearly 700 nominations from over 180 heath care settings were submitted. The seven finalists and three winners were honored at the reception.

“The campaign is unlike anything we’ve ever done before,” said Paula Sunshine, chief marketing executive at Independence. “Our goal was simple. Recognize and say, ‘thank you’ to the unsung heroes of health care: Nurses.”

Diana Lehman, director of Case and Condition Management, spoke about how Celebrate Caring was inspired by the nurses at Independence. She thanked them for caring for members and supporting the campaign by sharing their stories.

The three campaign winners were recognized by Donna Crilley Farrell, vice president of Corporate Communications. After receiving a plaque, each nurse also had the opportunity to present a $1,500 donation to a charity of their choice.

The program also highlighted a recap video from the campaign and was covered by 6abc Action News.