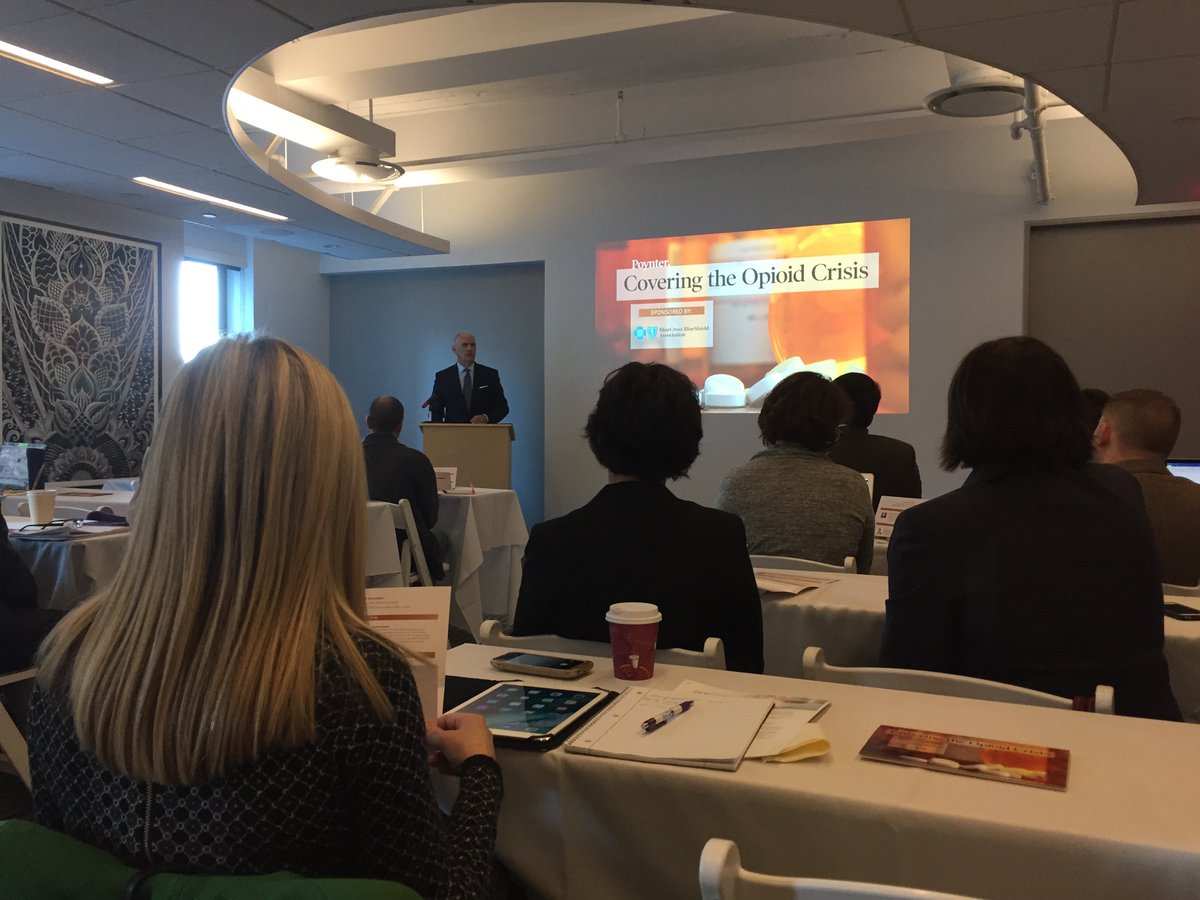 Drug overdose and opioid-involved deaths continue to rise in the United States. In fact, the 2016 Blue Cross Blue Shield Health Index℠ — a first-of-its-kind measurement of health fueled by data from more than 40 million Blue Cross Blue Shield members — found substance abuse to be among the five conditions identified nationwide with the greatest impact on commercially-insured Americans. Independence Blue Cross President and CEO Daniel J. Hilferty — a national leader in the health care industry — gave welcome remarks at a one-day workshop hosted by The Poynter Institute that was intended to help journalists better understand the addiction and overdose crisis.

At the event, which welcomed journalists from around the nation and was held at Retro Report offices in New York, Hilferty noted that the opioid crisis is a story in its own right but it’s also important to remember that it is part of the bigger story of the need to build a sustainable health care system. He emphasized that the key to successful solutions is a broad-based collaboration and that the Blue Cross Blue Shield Association is working in all of its markets to help Americans deal with the problem.

“Every one of the two million people addicted to prescription opioids represents a personal story. And every person trying to help, every organization responding to the challenges have stories too,” Hilferty, who also serves as chairman of the board of directors for the Blue Cross and Blue Shield Association, told the audience in closing. “Stories generate the passion for change. And what you do is tell America’s stories.”