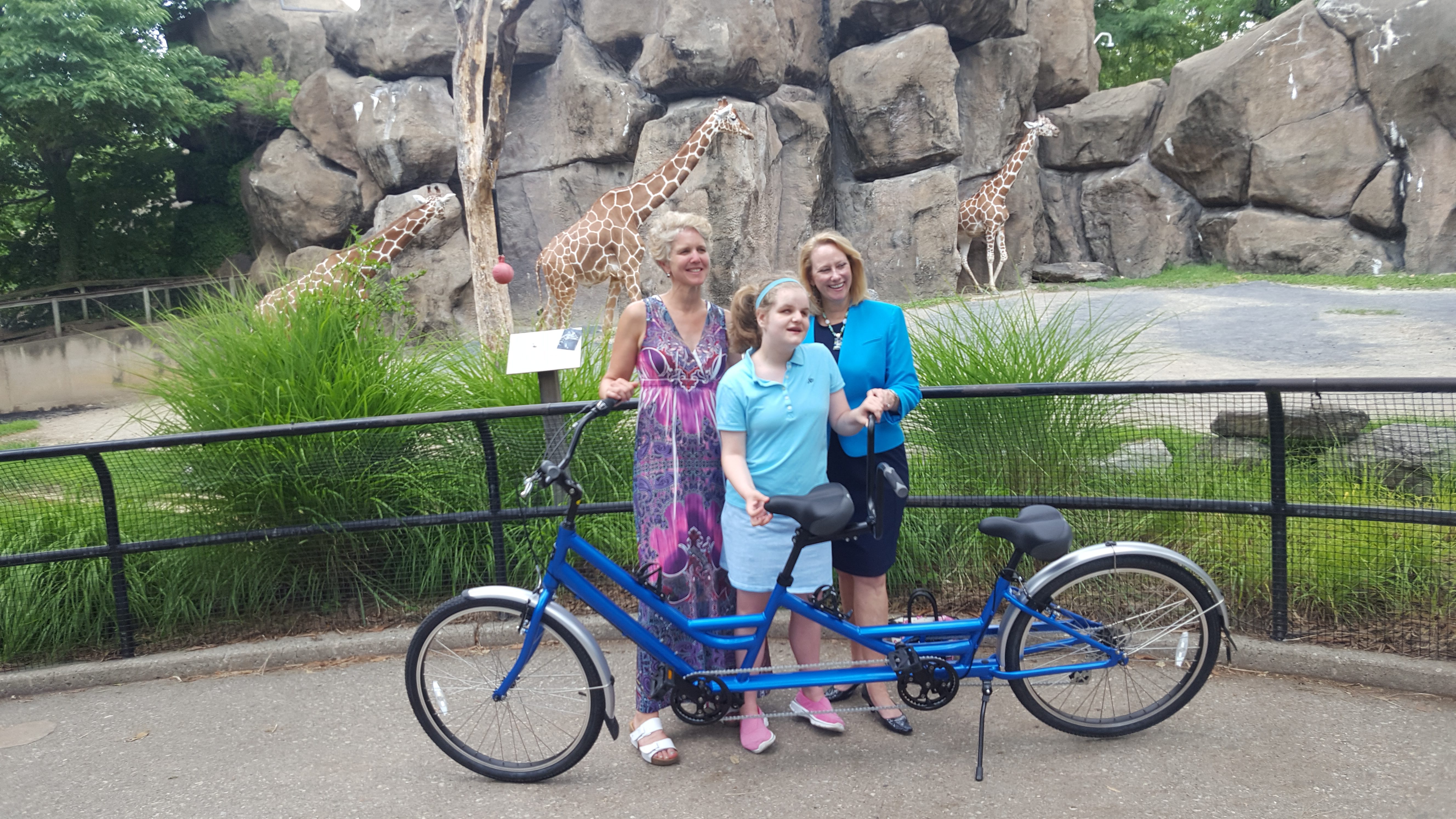 Independence Blue Cross (Independence) celebrated the winner of the first ever Faces of FearlessSM award by gifting the family a new “Independence blue” tandem bike at a presentation at the Philadelphia Zoo on July 17, 2017. Independence member Kimberly Lengel received the award after submitting her story about living fearlessly every day with her Blue Cross health plan by her side.

The Lengel’s story of bravery in the face of daunting challenges was selected from more than 100 member testimonials from plans across the country after the Blue Cross Blue Shield Association (BCBSA) solicited stories from members about facing challenges and making healthy choices to improve their lives. Lengel’s daughter Devon was born 16 weeks early and spent her first six months in the hospital, fighting for her life. Later, she was diagnosed with blindness and autism. But through it all, says Lengel, Independence Blue Cross stood by them, connecting the family with the care Devon needed to thrive.

“At Independence, our commitment to serving and inspiring our members and communities is unwavering, and we are so proud to know that we provided the Lengel’s the security they needed when Devon was born,” said Donna Farrell, Independence vice president of Corporate Communications. “The Lengel family is an incredible inspiration in the way they have overcome life’s challenges and continue to live fearless, and we are delighted to give them a new bike to ensure they have many adventures ahead of them.”

Today, 13-year-old Devon enjoys exploring new ways to be physically active — including tandem biking which she recently took up with her mom.

“For Devon, tandem biking is a way to push herself physically without worrying about bumping into things. The sheer joy and freedom of movement that Devon feels when she is on the tandem is palpable,” said Kimberly Lengel. “We both have dreams of one day participating in rides to support charitable causes.”

As the Faces of Fearless winner, the Blue Cross Blue Shield Association awarded Lengel and her family with round-trip airfare to Orlando, a hotel stay, and passes to Disney World Theme Park.

Committed to supporting the community, Independence worked with local Philadelphia bicycle retailer Cadence Cycling and Multisport and body shop Al’s Collision Inc. in Trevose to order, purchase, and custom paint the bike for the Lengel family.