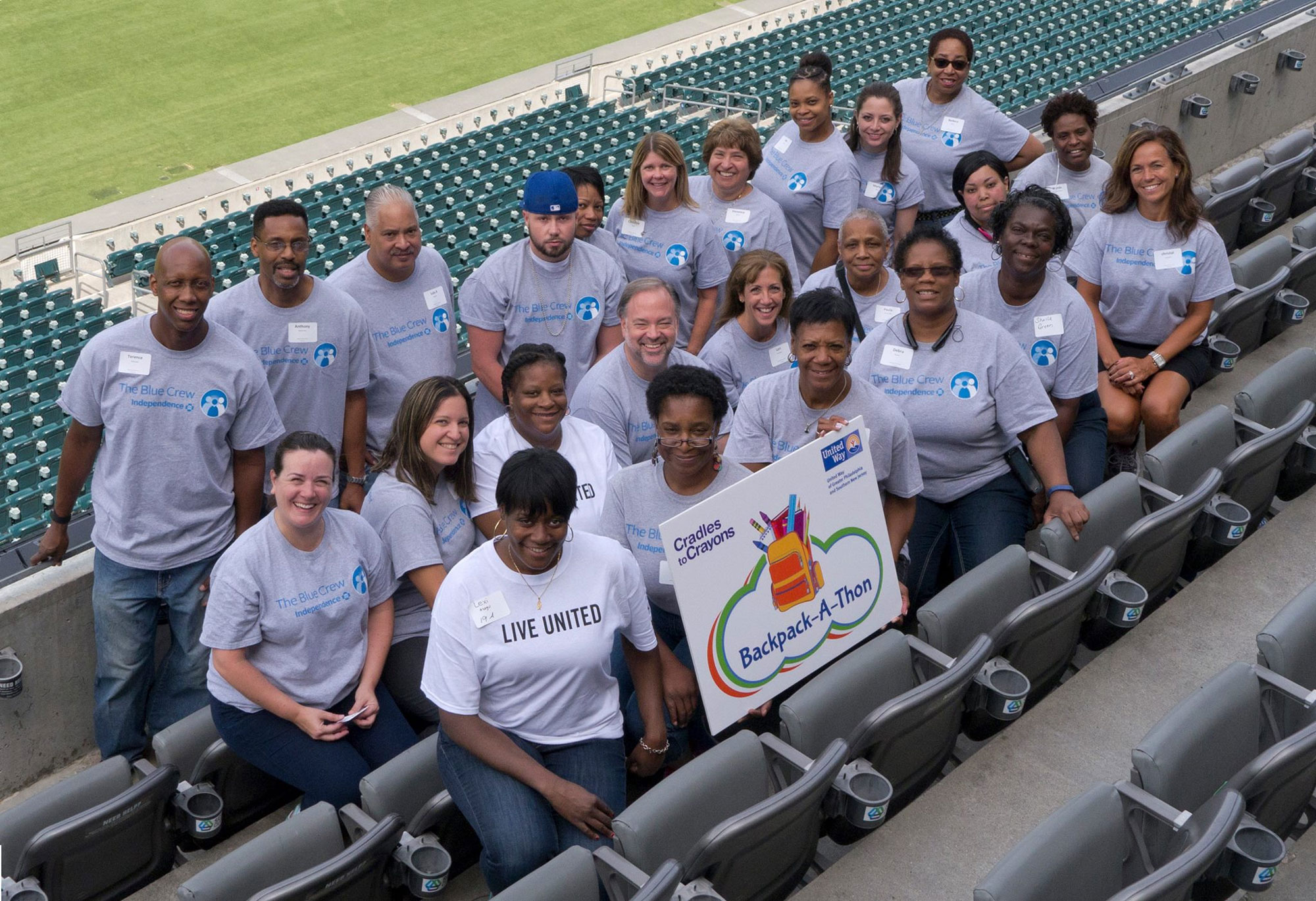 Philadelphia, PA – Independence Blue Cross (Independence) is proud to celebrate the 15th anniversary of its Blue Crew volunteer program, as part of National Volunteer Week, April 10-16. Since its inception, the Blue Crew program has connected thousands of Independence associates, along with their families and Independence retirees, to volunteer opportunities with diverse community service projects.

Last year, Independence volunteers donated more than 8,000 hours – worth about $185,000 in value according to The Independent Sector, a coalition of nonprofits, foundations and corporate giving programs – across 320 community service projects that benefited 70 non-profit organizations. Projects included helping at the World Meeting of Families events, Philadelphia Reads, MANNA, and Project HOME.

“Fifteen years ago, we launched the Blue Crew program to strengthen our commitment to volunteerism, which is an essential component of our mission to enhance the health and wellness of the communities we serve,” Independence President and CEO Daniel J. Hilferty said. “As we continue to expand our reach, it’s critical to recognize the thousands of Blue Crew volunteers who have played a significant role in helping their neighbors and making our region a better place to work, live and play.”

As part of the National Volunteer Week celebration, Blue Crew volunteers will participate in over 30 service projects across the region throughout the month of April. This includes several initiatives planned with the Isaac A. Sheppard School elementary school:

Blue Crew volunteers are also partnering with the Independence associate resource group Latinos con Proposito to renovate the Sheppard School library in North Philadelphia every Saturday through April. The work includes painting and lighting, as well as the creation of a Spanish-language section. Independence has supported the Sheppard School for nearly 20 years, through the Philadelphia Reads program, beautification projects, and other programs to provide the students with academic and social support, including Reading is Fun, Good Skates Program, Philadelphia Cares, and a school health fair.

“As a Blue Crew volunteer, I’m grateful for the opportunity to work with so many passionate and caring individuals who are dedicated to making our communities better,” said Kim Carter-James, an Independence business analyst, who was the company’s top volunteer, logging nearly 160 hours with the Blue Crew in 2015. “Whether it’s preparing home-cooked meals for families in need or organizing clothing drives, we regularly witness the power of volunteerism and the positive effect it has on so many people in this region. It’s a feeling I wouldn’t trade for the world. It’s at the core of who we are at Independence.”

In addition to its Blue Crew program, Independence reinforced its commitment to volunteerism and community support in October 2011 when it launched a charitable, private foundation – the Independence Blue Cross Foundation. With a mission to lead sustainable solutions to improve the health and wellbeing of our community, the Foundation funds programs and initiatives that increase access to care for our region’s most vulnerable, bolster the healthcare workforce, address health priorities and build healthier communities.

Since its inception, the Foundation has awarded more than 450 grants in southeastern Pennsylvania, totaling more than $20 million.