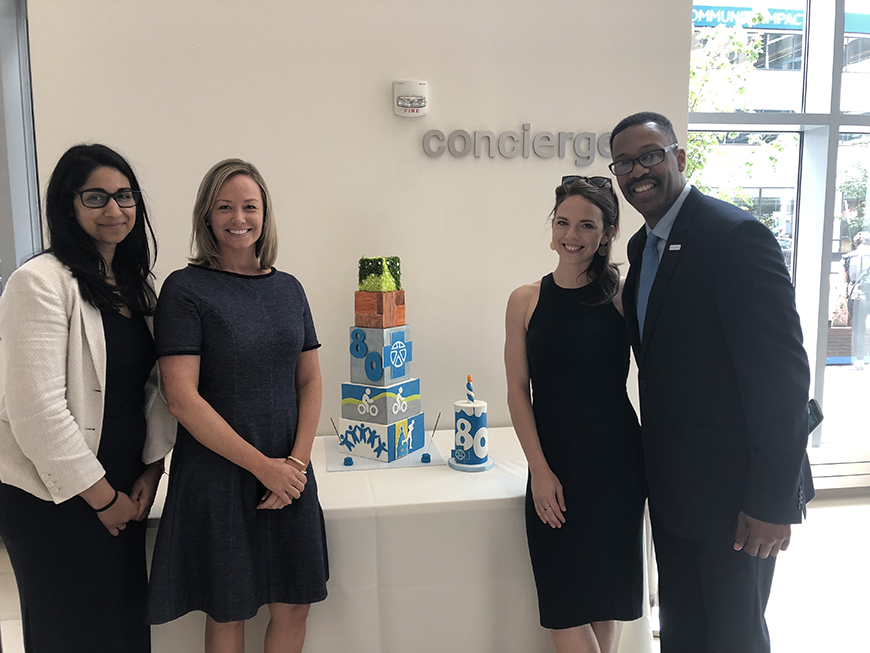 On Thursday, May 25, Independence Blue Cross associates celebrated the company’s 80 years of service to the community and the multi-year expansion of its Center City campus on West Market Street with a special summer-themed event.

Independence associates gathered in the campus’ recently renovated courtyard at 1901 Market to enjoy some of their favorite summertime snacks and listen to music. Associates could also pose for a photo with our 80th anniversary cake highlighting the company’s service in the region. The cake was displayed in the lobby of 1901 Market Street and was designed by Independence member Christina Cinquino.