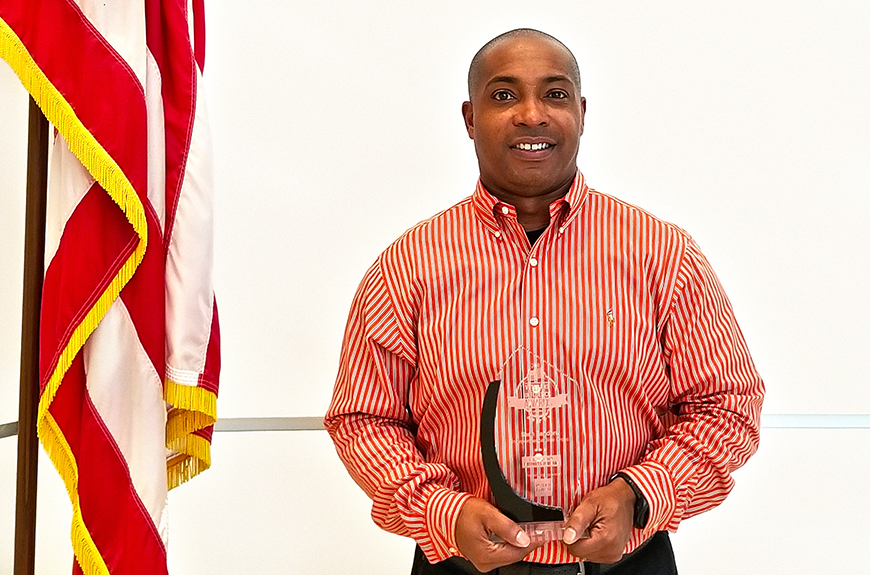 Sean Sanders, manager of Risk Analytics at Independence Blue Cross (Independence) was honored with the Veterans of Influence Award at a November 1 event hosted by the Philadelphia Business Journal.

The Veterans of Influence Award recognizes veterans in the community who have served their country with honor and are now making a difference in business. Sanders was one of 25 veterans recognized at the event.

After more than two decades of serving his country, Sanders now focuses on service to the community, giving back through his work with the Wounded Warrior Project, The Veterans Group, and Veterans Multi-Service Center. He was also featured in the Wounded Warriors Annual Magazine this year.