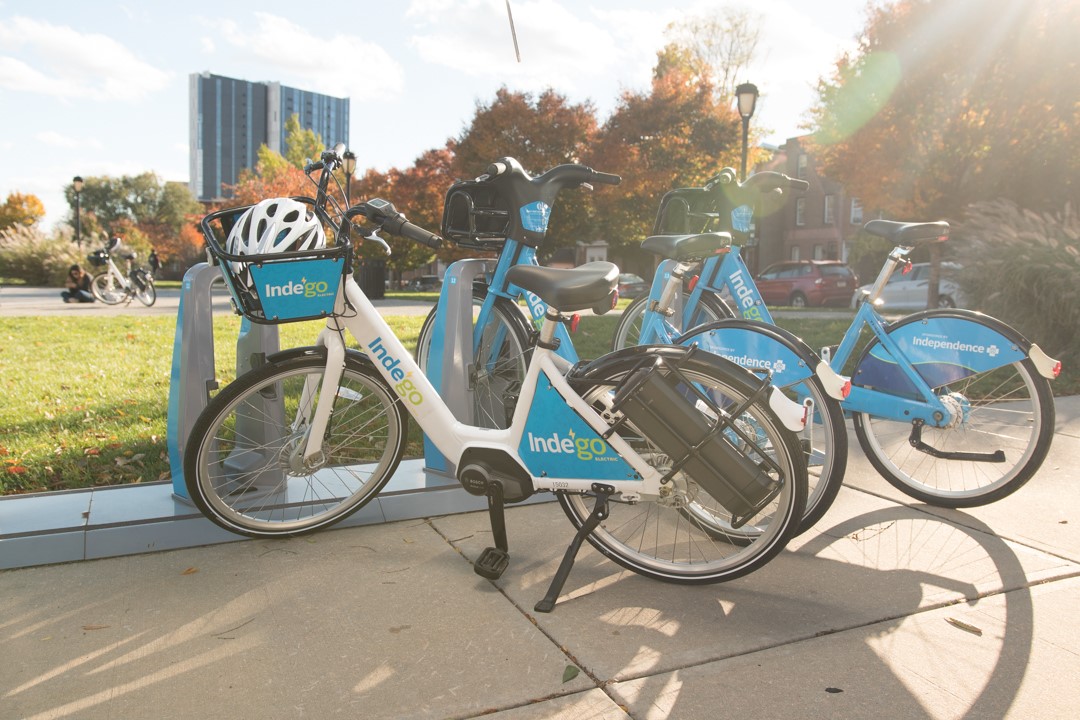 PHILADELPHIA – Indego bike share has announced an expansion of its electric bike pilot. Starting in late May, Indego will begin to roll out 400 more pedal-assist electric bikes, along with other program improvements, including new stations.

“Adding more electric bikes to the fleet will help address several barriers and open the door for new cyclists who may not have considered using Indego before,” said Waffiyyah Murray, Better Bike Share Partnership Program Manager.

Additionally, Indego is adding twelve new stations this year to the busiest parts of the Indego system. These stations will make Indego more reliable for people who count on the program for their daily transportation, as well as new users and recreational riders. Riders can be notified when these stations arrive by enabling push notifications on the Indego mobile app.

Indego celebrated its 4th year in operation on April 23rd. Since launch, riders have taken 2.6 million trips, ridden the distance equivalent of 28 round trips to the moon, and burned 1.4 million soft pretzels worth of calories.

Click here to watch a video, courtesy of Independence Blue Cross, about the successes of Indego since launch.

“Independence Blue Cross is extremely pleased to celebrate our fourth year with Indego. The bike share system’s ongoing commitment to offering an accessible and inclusive program is evident in their launch of Indego Electric, which is an excellent way to open the door for more people to pursue healthy opportunities and find what we call their ‘fearless fit’,” said Daniel J. Hilferty, CEO of Independence Blue Cross.

In support of this expansion, Indego is making updates to its current pricing structure with an increase to the Day Pass while adopting per minute pricing to all Indego usage fees. These updates will support the continued growth of Philly’s bike share program.

“By any measure, the initial pilot was a success,” said Deputy Managing Director for Transportation Michael Carroll. “We saw that the Indego electric bikes were ridden up to 10 times as often as the standard bikes, and they traveled to every station across the city.”

Starting this month, riders will be able to check out one of the 400 new Indego electric bicycles at stations throughout the system for an additional $0.15 per minute. Indego ACCESS pass holders can ride the pedal-assist bikes for just $0.05 per minute, continuing the City’s commitment to affordability and equity. Indego electric bikes will be available at stations throughout the system, and riders can find them easily with the Indego App or on the Indego website.

For more information about Indego Electric and associated fees, visit the Indego blog.

ABOUT INDEGO
The City of Philadelphia launched Indego in 2015 as the city’s newest form of public transportation with 60 stations and 600 bikes and expanded in 2018 to over 130 stations and 1,400 bikes. Indego offers 24/7 access to the city on your schedule. Indego is an initiative of the City of Philadelphia and sponsored by Independence Blue Cross. Indego is part of the Better Bike Share Partnership (BBSP), which seeks to develop bike share equitably and sustainably across the country. BBSP is funded by The JPB Foundation. For more information, visit http://www.rideindego.com/ and follow @RideIndego on Twitter.