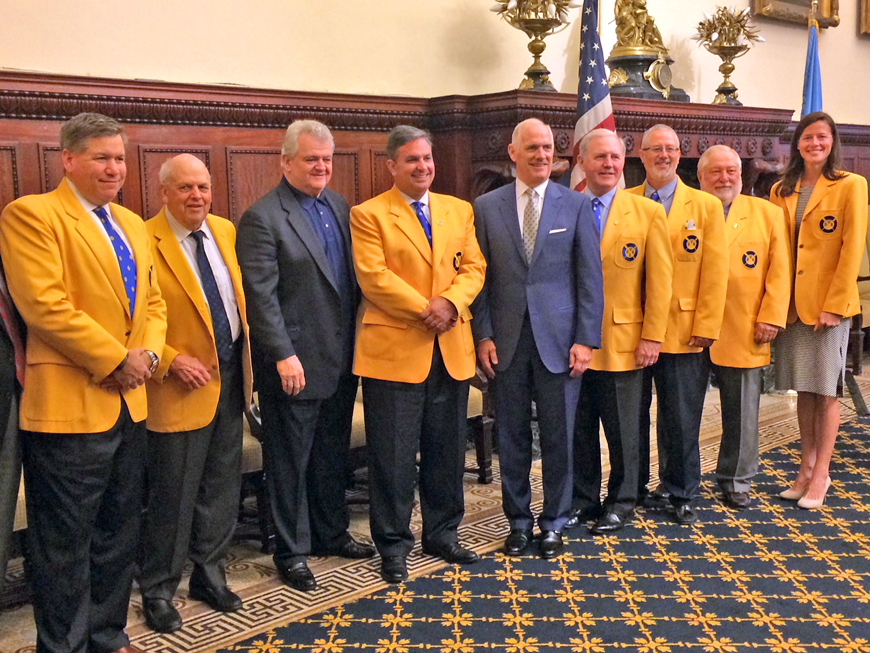 Daniel J.  Hilferty, president and CEO of Independence Blue Cross, (fifth from left), and Congressman Robert Brady, (third from left), with members of the Dad Vail board.

This year’s Regatta will be held Friday, May 12 and Saturday, May 13 on the Schuylkill River. As the country’s largest collegiate rowing event, the Regatta annually attracts more than 100 universities and colleges and 3,500 athletes equally divided between men and women from over 25 states and Canada.

Named after beloved rowing coach Harry Emerson — also known as “Dad” Vail, one of the sport’s most passionate advocates — the Regatta attracts tens of thousands of spectators. Among the universities and colleges competing in the upcoming Dad Vail Regatta are virtually every local school: Villanova University, LaSalle University, Philadelphia University, St. Joseph’s University, and Drexel University. The Drexel Dragons have won the overall point trophy for the past four straight years.