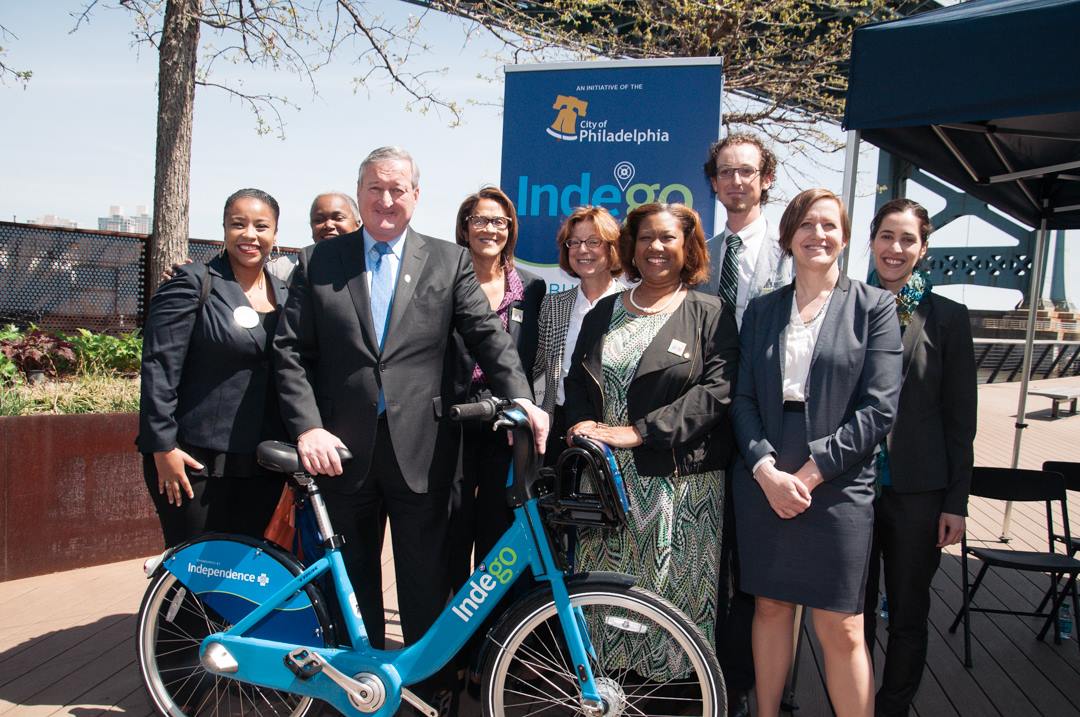 Last February we announced our sponsorship of Indego, which gives residents, commuters, and visitors a new, healthy, and affordable form of public transportation — and a fun and convenient way to see our extraordinary city. Just two months later, Indego officially launched with over 60 stations and 600 bikes available 24-hours-a-day, 365-days-a-year.

Now, one year later, Indego continues to expand with more than 500,000 rides taken and more than 100 stations and 900 bikes expected by the end of the year. In addition, more than one-third of the new stations are located in low-income neighborhoods, reaffirming the City of Philadelphia’s commitment to ensuring that Indego is accessible to anyone who wants to try the bike share system.

Yvette Bright, Independence EVP and chief operating officer, spoke about Indego’s incredible success during her remarks at the one-year celebration event at Race Street Pier on April 21: “A world-class city deserves world-class transportation. There is no better way to discover Philadelphia’s remarkable and diverse array of arts, culture, food, and sports than from the seat of an Indego bike. Independence is proud to celebrate the one-year milestone of Indego, and reaffirm our commitment to helping people get fit and have fun.”

Gearing up to ride Indego

In the first year of Indego, our goal was to offer an easy, affordable way for anyone to experience bike sharing. That led to Independence Dollar Days on the first Tuesday of each month, where anyone could take a ride for just one dollar, and monthly discounts for Independence members.

In year two, we’ll be bringing you new ways to try Indego and experience the fun of exploring Philadelphia first hand. Stay tuned for more details!

Whether it was two feet of snow, a million visitors to see the Pope, or the Villanova championship parade, Indego ensured that we could get where we needed to go, when we wanted to go. And we have no doubt Indego will keep us moving through year two and beyond.

Visit rideindego.com to see the new Indego television ad (another first in the nation!) and learn how you can start riding today.