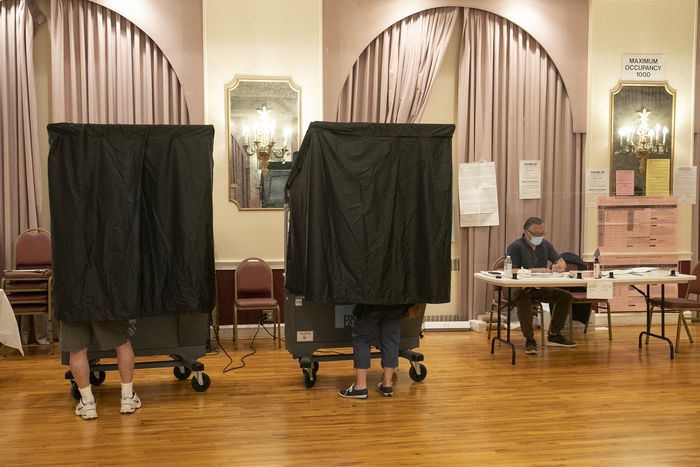 This photo is courtesy of The Philadelphia Inquirer.

Originally published in The Philadelphia Inquirer on May 24.

In March 1965, President Johnson gave a speech to Congress urging passage of the Voting Rights Act. In that speech, Johnson explained that the “first and most vital of all our rights is the right to vote.” He added: “it is from the exercise of this right that all our other rights flow.”

As we look at the current political landscape, it is a timely reminder to recall that Johnson also stated: “At times history and fate meet at a single time in a single place to shape a turning point in man’s unending search for freedom.”

Elected officials from both parties rose to meet that challenge more than a half century ago. Once again, we are at another turning point in our ongoing effort to create a more perfect union.

The right to vote using processes that are fair and equitable for all citizens should not be open to debate. Voting is a fundamental American right that must be made available to all eligible citizens, period! This is not a Democratic or Republican issue; it is an American issue. The right to vote is something all elected officials should work vigorously to protect and enable.

As state legislatures across the country address voting rights and the supporting processes, one goal must be clear: An inclusive system that improves voting access for all citizens. In Pennsylvania, we recognize the bi-partisan effort underway and call on our leaders to (1) keep the shared goal that binds us as a nation and (2) maintain a civil dialogue.

We call on lawmakers to modernize our election process to make it easier for all citizens to vote while ensuring integrity. Basic standards for this modernization effort should include:

It is imperative that business leaders across the nation support the effective functioning of our American system of democracy without any undue influence or needless obstacles. Our nation cannot continue to grow, prosper, and succeed unless every eligible voter can participate in free and fair elections.

Corporate America must stand up for voting rights again today as it has done in the past. In 2006, we stood in support of President George W. Bush when he signed legislation that extended the 1965 Voting Rights Act by 25 years.

At the time, Bush ignored opposition from certain lawmakers because, like Johnson, he understood what was at stake: “The right of ordinary men and women to determine their own political future lies at the heart of the American experiment,” Bush said.

The right of every eligible person to vote and participate in our electoral process is the bedrock of our representative democracy. Lawmakers should be working on a bi-partisan basis to encourage and make it easier for all eligible voters to have their voices heard. They must set aside partisan ideology and allegiance and do this for the sake of the country, this Commonwealth and all its citizens.