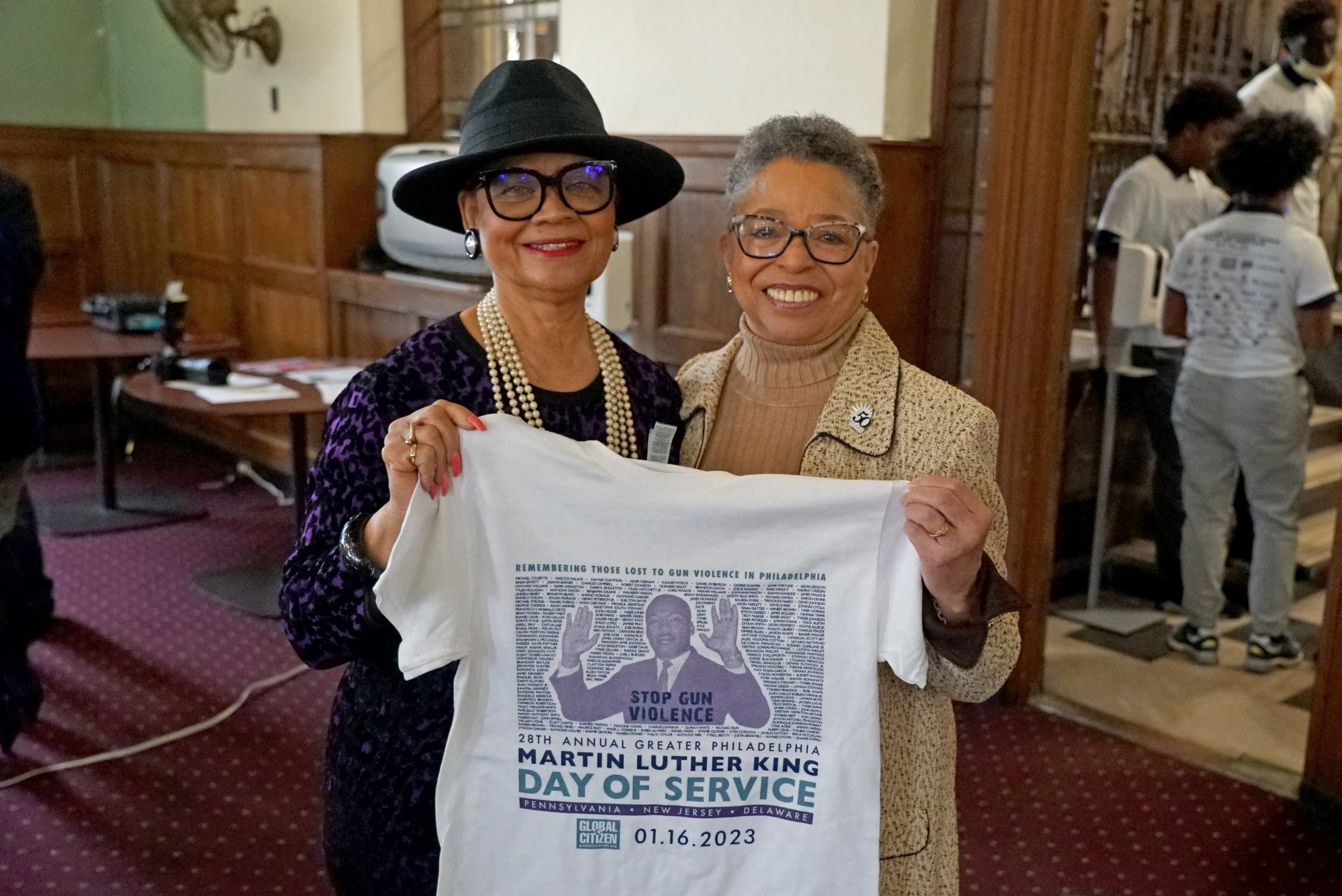 Independence Blue Cross Foundation President and Independence Blue Cross Vice President of Community Affairs Lorina Marshall-Blake joined Mayor Kenney and other prominent Philadelphia leaders at a press conference at Girard College to announce activities for the 28th Annual Greater Philadelphia Martin Luther King Day of Service at the school on January 16. Independence is once again a sponsor of the Day, which this year has an overarching focus on gun violence prevention and health justice.

In her brief remarks, Marshall-Blake spoke about the Coalition to Save Lives, which Independence joined in 2022. The Coalition is bringing together public, private, and philanthropic resources to to help reduce gun deaths through increased collaboration and implementation of community-based, proven intervention strategies.

The Day of Service will include several volunteer projects at Girard College, including the main activity which involves assembling gun violence prevention kits. Kits will include gun locks as well as information on important health and social services for prevention, immediate response, and coping with the effects of gun violence. Members from Independence’s corporate volunteer group — the Blue Crew — will be onsite to participate.

At the press event, Mayor Kenney presented the 25th annual Harris Wofford Active Citizenship Award to Scott Charles, Temple Health trauma outreach manager. There was also an unveiling of a student mural depicting this year’s theme: the 60th anniversary of the 1963 March on Washington for Jobs and Freedom.

To get involved, visit mlkdayofservice.org.