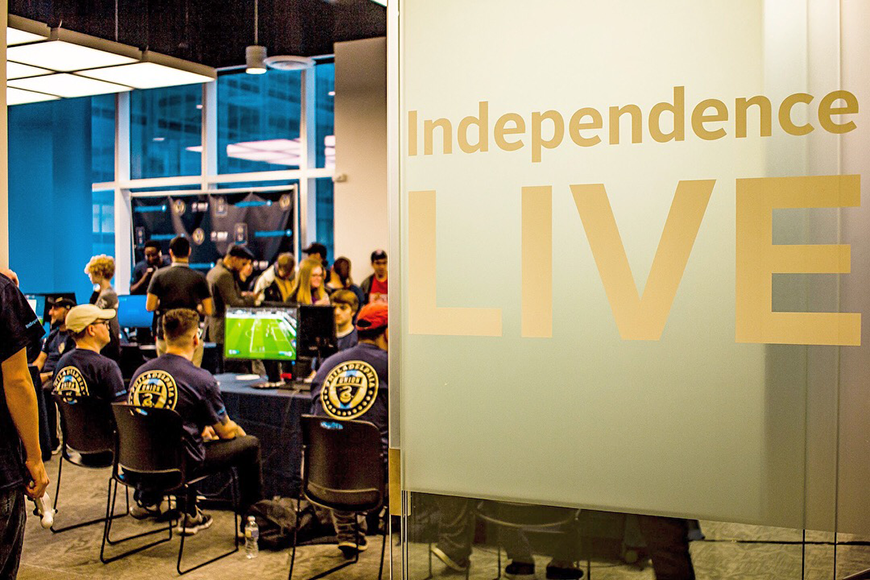 Photo courtesy of the Philadelphia Union

Independence LIVE transformed into a video gaming arena on Sunday to host a semifinals event for the Philadelphia Union’s esports Open. The tournament, presented by Independence Blue Cross, is designed to identify the city’s most talented FIFA 18 player, who will go on to represent the Union in Major League Soccer’s new gaming league, eMLS.

Sunday’s event at LIVE is one of two regional events featuring 50+ gamers competing for 16 spots in the finals on March 4 at Talen Energy Stadium. The winner of the overall competition will represent the Union as the club’s esports athlete and receive a paid trip to the eMLS Cup at PAX in Boston in April.

At that weekend-long event, representatives from participating clubs will vie for entrance to the EA SPORTS FIFA 18 Global Series Playoffs and a chance to be crowned the undisputed FIFA 18 World Champion at the FIFA eWorld Cup later this year.

Independence has been a proud sponsor of the Union for a number of years and recently partnered with the team on its entrance into eMLS.