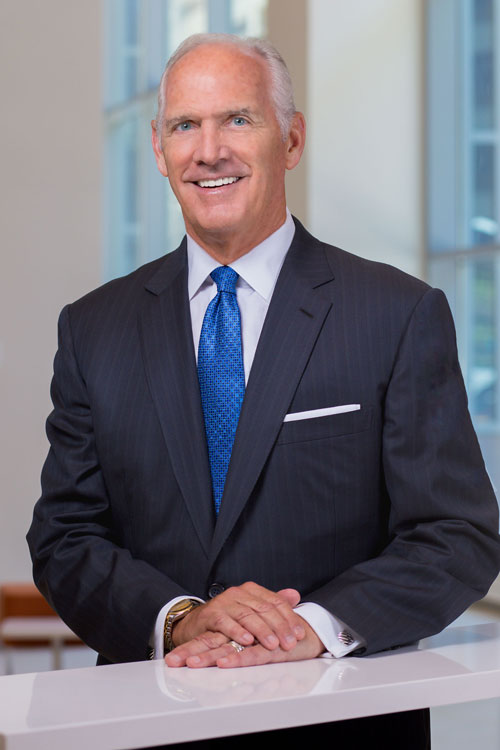 Philadelphia – December 20, 2016 – Daniel J. Hilferty, president and chief executive officer of Independence Blue Cross (Independence), has been elected to a second term as the chairman of the Blue Cross and Blue Shield Association (BCBSA) Board of Directors. BCBSA is comprised of 36 independent, community-based and locally operated Blue Cross and Blue Shield (BCBS) companies that together cover more than 106 million members — nearly one in three Americans.

“The Blue Cross Blue Shield Association provides a national voice for all Blue plans and the members they serve, throughout every zip code and every community across the United States,” said Hilferty. “The Association’s work is more important than ever as the pace of change in health care continues to accelerate, and it is my privilege to lead the Board as we continue to advocate for a sustainable system.”

During his first term as chairman, Hilferty addressed the growing opioid addiction crisis at a media workshop hosted by The Poynter Institute, which was intended to help journalists understand this unprecedented epidemic. He also spoke at The National Press Club for the launch of the BCBS Health Index, a first-of-its-kind measurement of the state of America’s health driven by data from more than 40 million BCBS members.

In his second term, Hilferty will continue his leadership of BCBSA’s governing body, which sets policies for the nation’s BCBS companies and provides strategic guidance and oversight for the Association.

Hilferty is a permanent member of the BCBSA Board of Directors and has also served as the chairman of its Health Policy and Advocacy Committee. He is on the executive committee of the board of directors of America’s Health Insurance Plans and is among a select group of nonpartisan health care leaders that President Obama has reached out to for advice on implementing health care reform. In addition, he serves on the board of Tandigm Health and BCS Financial, an innovation partner for BCBS companies.

Hilferty’s second term as BCBSA Board Chairman is effective immediately and runs through November 2017.