Philadelphia, PA – Daniel J. Hilferty, president and chief executive officer of Independence Blue Cross (Independence), has been elected chairman of the Blue Cross and Blue Shield Association (BCBSA) Board of Directors. BCBSA is comprised of the 36 independent, community-based and locally operated Blue Cross and Blue Shield (BCBS) companies that together cover nearly 105 million individuals — one in three Americans. 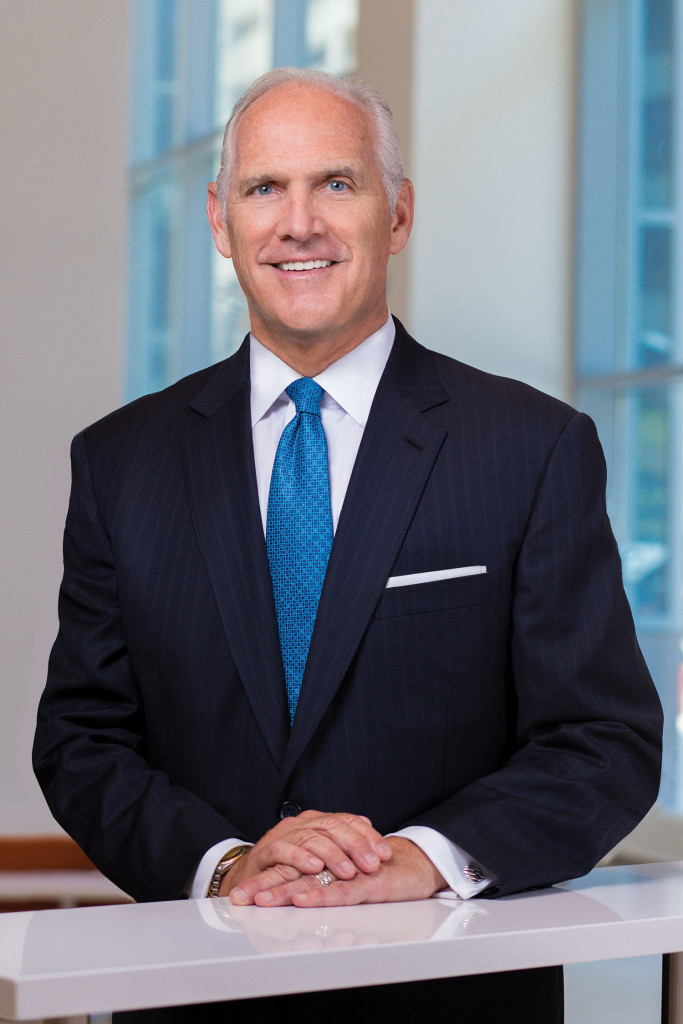 Daniel J. Hilferty, president and chief executive officer of Independence Blue Cross, has been elected chairman of the Blue Cross and Blue Shield Association Board of Directors.

Since becoming chief executive of Independence in 2010, Hilferty has led the company and its subsidiaries through a period of extraordinary growth and diversification. Under his leadership the company and its subsidiaries have tripled the number of people it serves and partnered with other Blue Cross and Blue Shield companies to diversify its business with the purchase of forward-thinking health care companies. In addition, Hilferty has forged partnerships with world-renowned institutions such as the University of Pennsylvania and NYU Langone Medical Center, and overseen the creation of the Independence Blue Cross Center for Health Care Innovation, which directs the corporation’s innovation initiatives. Hilferty also led the launch of Tandigm Health, a unique joint venture that arms primary care physicians with the tools and support they need to deliver high-quality, personalized and more affordable care, and rewards them for the quality of care that they provide.

“Dan’s proven record as a champion of innovation and his strategic vision for the future of health care are assets not only for Independence Blue Cross members, but for the Blues® nationwide,” said Scott P. Serota, president and chief executive officer of BCBSA. “Dan’s leadership, policy expertise and broad industry knowledge will help guide our companies as we partner with other health leaders to transform care while ensuring that our members nationwide continue to experience the security and stability that they’ve come to expect from their Blue Cross and Blue Shield coverage.”

A permanent member of the BCBSA Board of Directors, Hilferty also has served as the chairman of its Health Policy and Advocacy Committee and is on the executive committee of the board of directors of America’s Health Insurance Plans. In addition, he serves on the board of Tandigm Health and BCS Financial, an innovation partner for BCBS companies.

“Blue Cross and Blue Shield companies provide coverage across every zip code in all 50 states, the District of Columbia and Puerto Rico,” said Hilferty. “Today, we are recognized not only for providing access to care, but also as innovators who are working to improve the quality and affordability of that care. I’m honored to lead the Board at this time of accelerated change in health care, and committed to marshalling our collective ideas, influence, and resources to improve health care for all Americans.”

BCBSA is headquartered in Chicago with additional offices in Washington, D.C and Maryland. Hilferty’s term as BCBSA Board Chairman is effective immediately and runs through November 2016.

About Daniel J. Hilferty
Hilferty earned a Master of Public Administration degree from American University and his undergraduate degree from St. Joseph’s University in Philadelphia, PA, after which he ran a community center in Portland, OR, for the Jesuit Volunteer Corps. Hilferty is a sought after speaker on leadership, transforming health care, and the role of technology and big data and has appeared in The New York Times, The Wall Street Journal, MSNBC, and other national media. He is also active with a number of professional and community organizations including: the Greater Philadelphia Chamber of Commerce, the Catholic Foundation of Greater Philadelphia, and FS Investment Corporation III.

About Independence Blue Cross
Independence Blue Cross is the leading health insurance organization in southeastern Pennsylvania. With our affiliates, we serve nearly 10 million people in 25 states and the District of Columbia, including 2.5 million in the region. For nearly 80 years, we have been enhancing the health and wellness of the people and communities we serve by delivering innovative and competitively priced health care products and services; pioneering new ways to reward doctors, hospitals, and other health care professionals for coordinated, quality care; and supporting programs and events that promote wellness. To learn more, visit www.ibx.com. Connect with us on Facebook at ibx.com/facebook and on Twitter at @ibx. Independence Blue Cross is an independent licensee of the Blue Cross and Blue Shield Association.