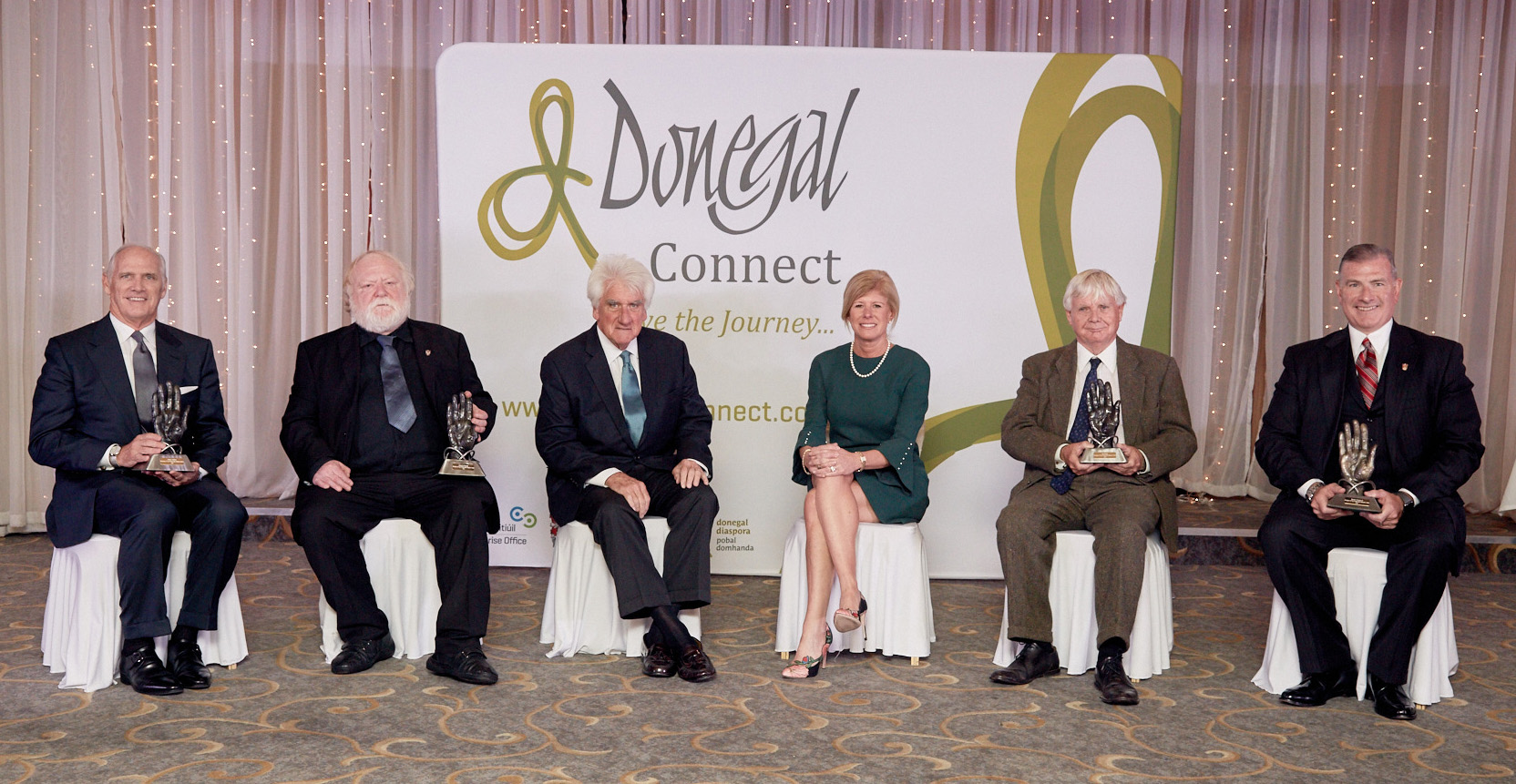 Recipients of the Tip O’Neill Irish Diaspora Award with Tom O’Neill (son of the late Tip O’Neill) and his wife Shelley O’Neill. Recipients include London based developer Pat Doherty, playwright and author Frank McGuinness, US based lawyer Patrick Dunican and US based businessman Daniel Hilferty.

Philadelphia, PA — October 8, 2019 — On September 27, Independence Health Group CEO Daniel J. Hilferty received the Tip O’Neill Irish Diaspora Award for his business achievements and for his support of Irish cultural and community organizations in Philadelphia and beyond. Hilferty was honored at an award ceremony hosted by the Donegal County Council.

At the event, RTÉ presenter Sean O’Rourke cited Hilferty’s “success in business as chief executive of Independence Health Group and his contribution to the health insurance sector in the United States as well as his active involvement and support of a range of Irish cultural, community and sporting organizations in Philadelphia and beyond.”

Tom O’Neill, son of the late Tip O’Neill, described Hilferty as a “true Irishman and great leader in healthcare” saying that “he is really known for the public health policy element that he brings to the job.”

Upon receiving his award, Hilferty said, “I leave here tonight a very proud son of Donegal. I am very excited to be part of the fabric of this community and I promise you that I will be back and that I will spread the word to all the diaspora that there is no place like this beautiful place called Donegal.”