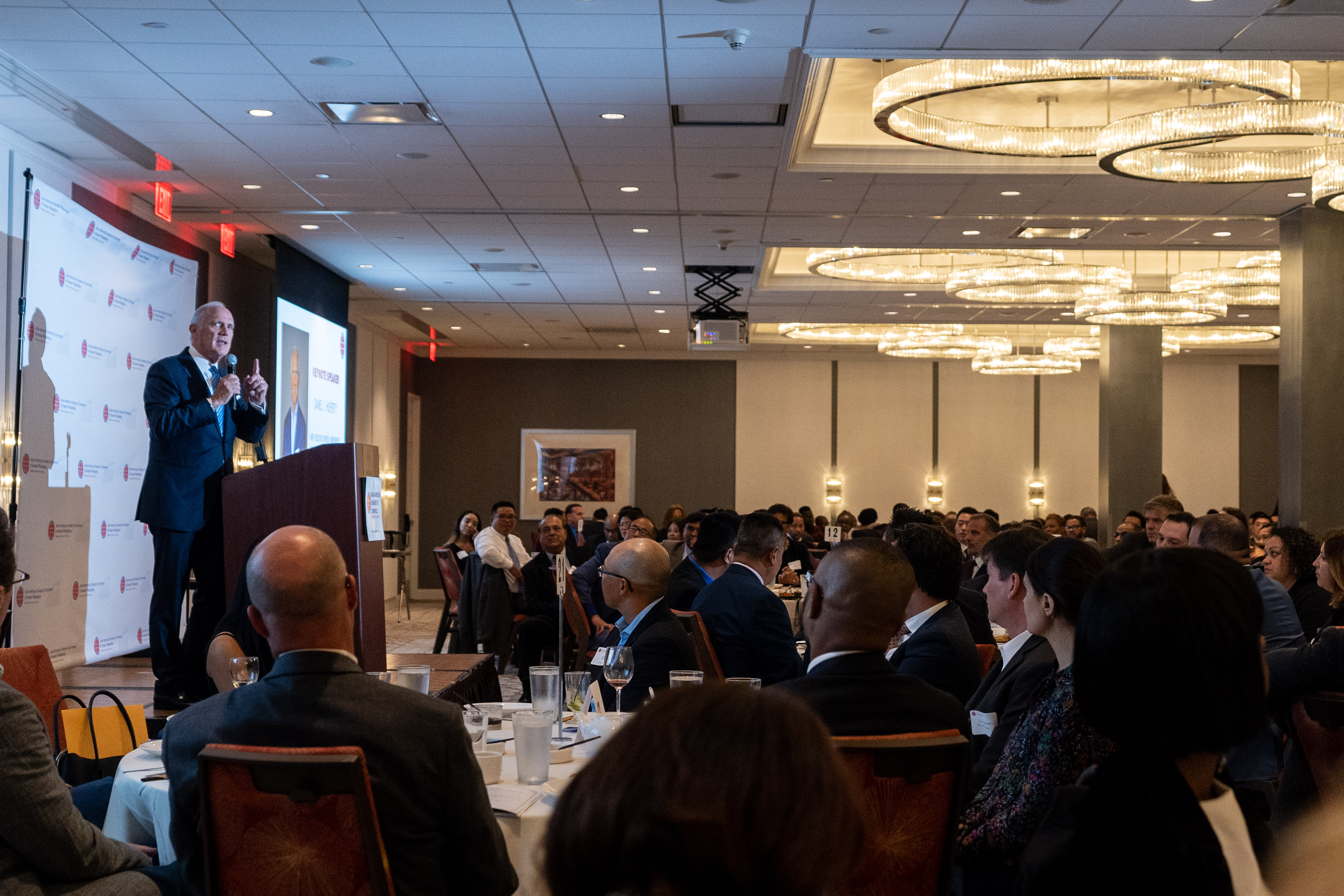 Dan Hilferty, Independence CEO, addresses the crowd at an awards banquet for the Asian American Chamber of Commerce of Greater Philadelphia on October 3.

During his keynote address to corporate employees, business owners, nonprofit organization leaders, and city and state employees, Hilferty spoke about the importance of Asian American businesses in our region and nationwide. He also highlighted the key role that Asian American Chamber members play in creating inclusive growth and helping develop Philadelphia into the model of the 21st-century inclusive American city.

Several businesses, organizations, and individuals were honored during an awards ceremony for the Chamber’s community of Asian business owners and service providers:

Nonprofit of the Year

CEO of the Year