CPR Ready trains students to save a life at CollegeFest 2017 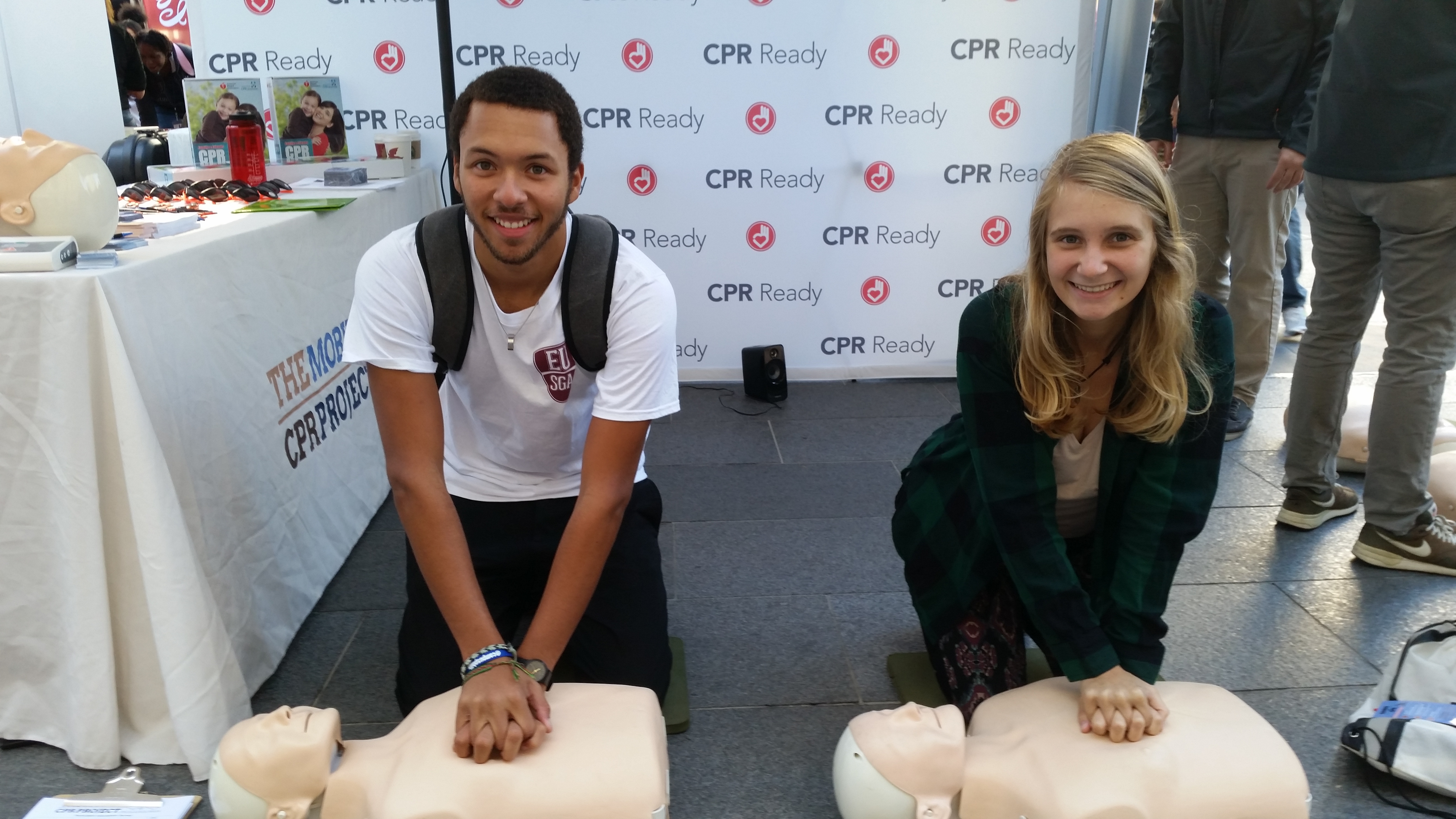 College students from around the region enjoyed a beautiful day with loads of fun and educational activities, including Hands-Only CPR training, at the annual CollegeFest 2017, held at Dilworth Park on September 9. The Philadelphia Regional CPR Awareness Coalition, an initiative designed to increase the number of people in the region who are qualified to perform bystander Hands-Only CPR, hosted the brief training sessions as part of its CPR Ready campaign. Independence Blue Cross is one of the founders of the Coalition.

Penn Medicine’s Mobile CPR Project, which travels throughout the region providing free CPR education and training, led the session. The Mobile CPR Project is supported by funding from the Independence Blue Cross Foundation through its Healthy Hearts Initiative.

In Philadelphia, more than 1,200 people died from sudden cardiac arrest in 2015. In those cases, the percentage of people who received bystander CPR was 14.3 percent – less than half of the national average, according to the Philadelphia Fire Department Cardiac Arrest Registry to Enhance Survival data.