CPR Ready Campaign aims to save lives through CPR Preparedness 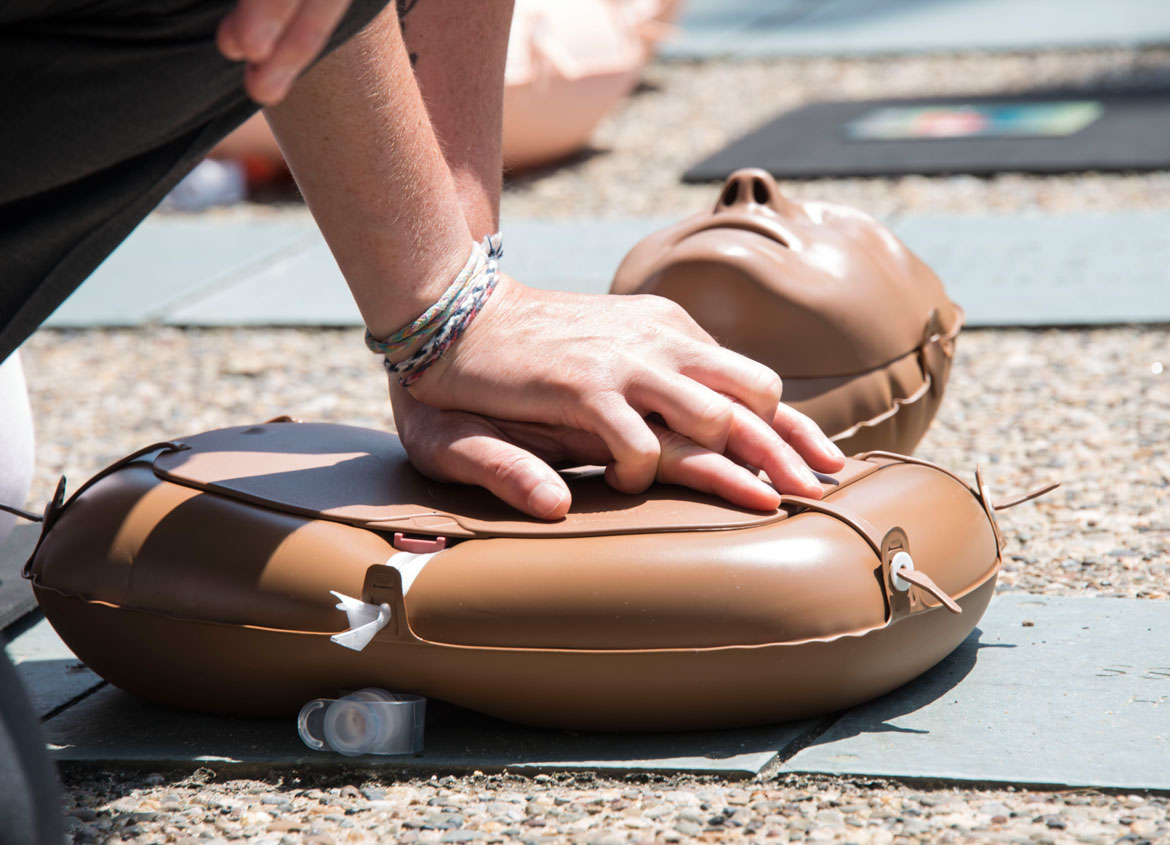 Philadelphia, PA— June 7, 2016 – The Philadelphia Regional CPR Awareness Coalition (“the Coalition”) today launched CPR Ready, a campaign designed to increase the number of people in the region who are qualified and willing to perform bystander Hands-Only CPR, as well as use an automated external defibrillator (AED). The CPR Ready campaign kicked off today with a half-day, educational event at WHYY studios in Philadelphia which included on-site Hands-Only CPR Training, survivor and rescuer stories, and informative panel discussions. Participants learned that hands-only CPR does not require mouth-to-mouth breaths and an AED can help restore an abnormal heart rhythm. June 1-7 is National CPR and AED Awareness Week.

The CPR Ready campaign responds to alarmingly low public awareness of how to react during a sudden cardiac arrest. Studies show that 70 percent of Americans feel helpless to act during a cardiac emergency because they don’t know how to properly administer CPR or they’re afraid of hurting the victim. The problem is particularly acute in Philadelphia, where more than 1,100 people died of cardiac arrest within the past year. The percentage of people in Philadelphia who received bystander CPR in 2015 was half the national average (40.6 percent nationally vs. 20.3 percent in Philadelphia). 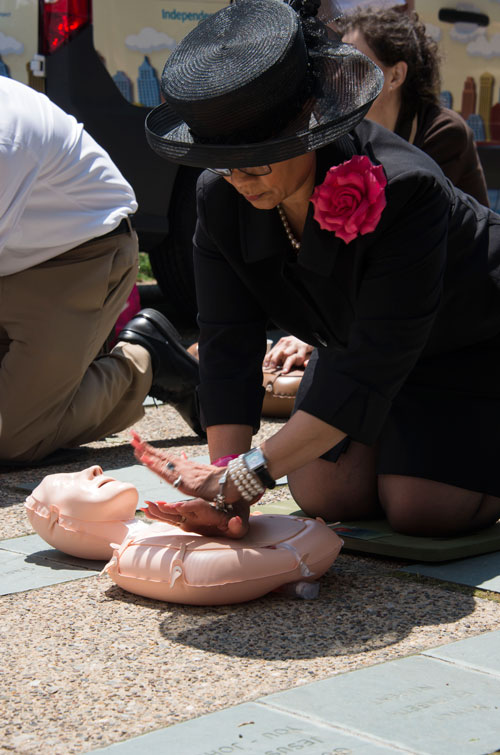 The Coalition, which started earlier this year, currently includes the American Heart Association, American Red Cross, The Children’s Hospital of Philadelphia, CPR/AED Public Awareness and Training Network, The Health Care Improvement Foundation, Independence Blue Cross, Independence Blue Cross Foundation, Penn Medicine, Philadelphia Fire Department, and the School District of Philadelphia. The group aims to have CPR/AED training taught in at least half of the middle and high schools within the next three years – with a long-term goal of reaching all middle and high schools in southeastern Pennsylvania. The Coalition also aspires to triple overall CPR training in Greater Philadelphia and double the number of people who provide CPR after witnessing a cardiac arrest.

“Hands-Only CPR is a powerful tool that takes only 30 minutes to learn and can double or even triple a victim’s chances of survival. That’s why we are proud to be one of the founding partners of this Coalition, and believe that our combined efforts will improve the outcomes of people facing out-of-hospital cardiac arrest,” said Richard Snyder, M.D., senior vice president and chief medical officer at Independence Blue Cross. “Through CPR Ready, we can dramatically increase the number of people in our region who have the knowledge and tools to save lives.”

“The CPR Ready model uniquely coordinates, energizes, and expands upon existing resuscitative resources and programs to ultimately increase a victim’s chance of surviving cardiac arrest,” said Ken Margulies, M.D., a professor and cardiologist at Penn Medicine and president of the American Heart Association’s Southeastern Pennsylvania Board. “As a member of the Coalition, we are honored to be a part of this campaign that will positively and directly impact the lives of so many families in our community.”

About The Philadelphia Regional CPR Awareness Coalition
The Philadelphia Regional CPR Awareness Coalition is a regional initiative dedicated to improving the outcomes of individuals sustaining out-of-hospital cardiac arrest by increasing the number of people in the Philadelphia region who are knowledgeable and willing to perform bystander Hands-Only cardiopulmonary resuscitation (CPR) and are capable of using an automated external defibrillator (AED). Currently, the coalition is comprised of representatives from the American Heart Association, American Red Cross, The Children’s Hospital of Philadelphia, The CPR/AED Public Awareness and Training Network, The Health Care Improvement Foundation, Independence Blue Cross, Independence Blue Cross Foundation, Penn Medicine, Philadelphia Fire Department, and the School District of Philadelphia.