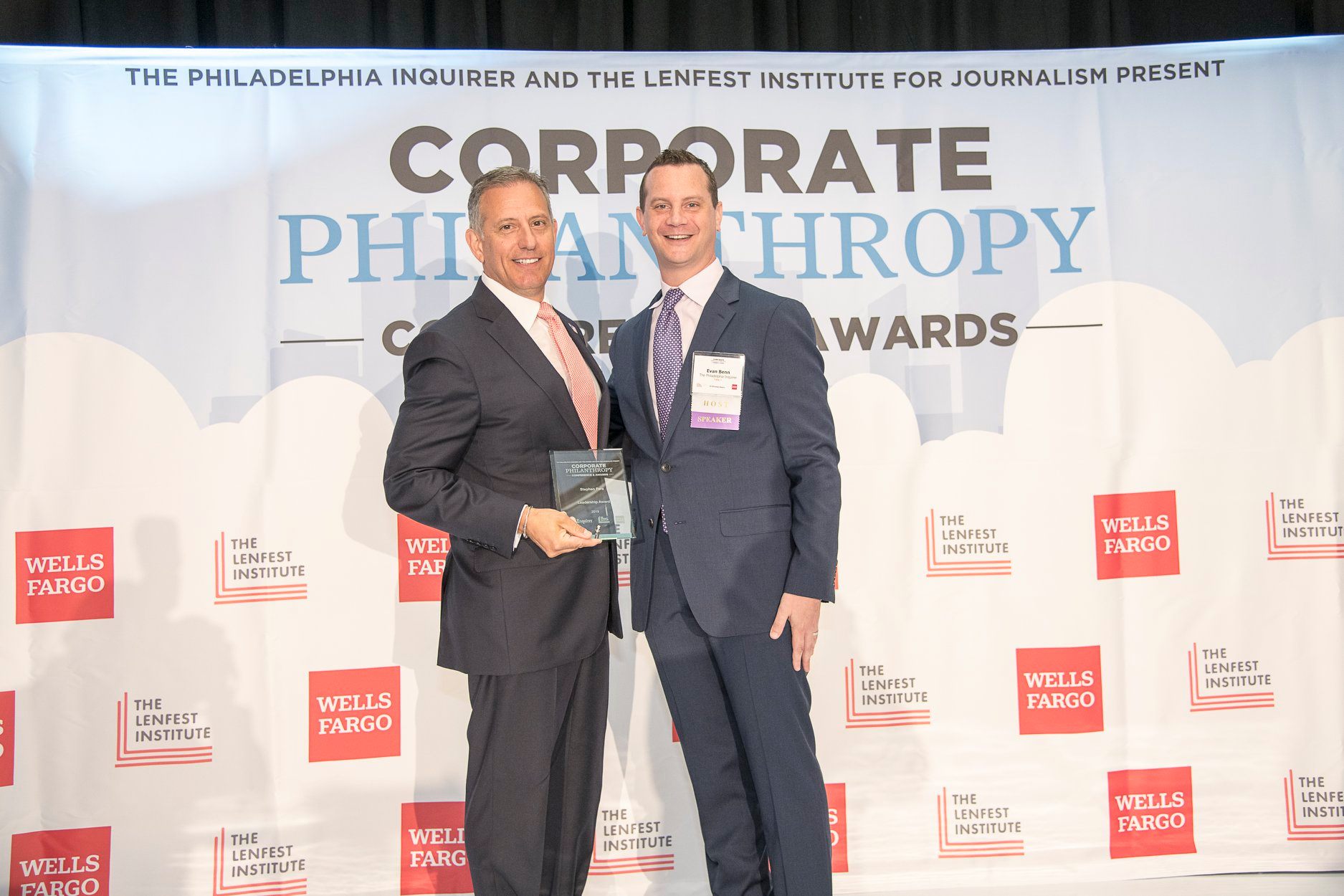 IBX VP Stephen Fera with Evan Benn, Evan Benn, Director of Editorial Marketing at the Philadelphia Inquirer at the Corporate Philanthropy Conference and Awards on June 26

One Independence leader was honored and another was a featured panelist at the Corporate Philanthropy Conference and Awards in Philadelphia on June 26. The Philadelphia Inquirer hosted the celebration of community service at the Crystal Tea Room.

Stephen Fera, senior vice president of Public Affairs at Independence Blue Cross, accepted a Leadership Award. The award was given to recognize Independence’s first annual Community Impact Day in 2018, a company-wide day of service. These service projects were organized by Independence’s corporate volunteer program, the Blue Crew. More than 1,800 Blue Crew volunteers donated over 15,000 hours to 105 nonprofit organizations in our region in 2018. 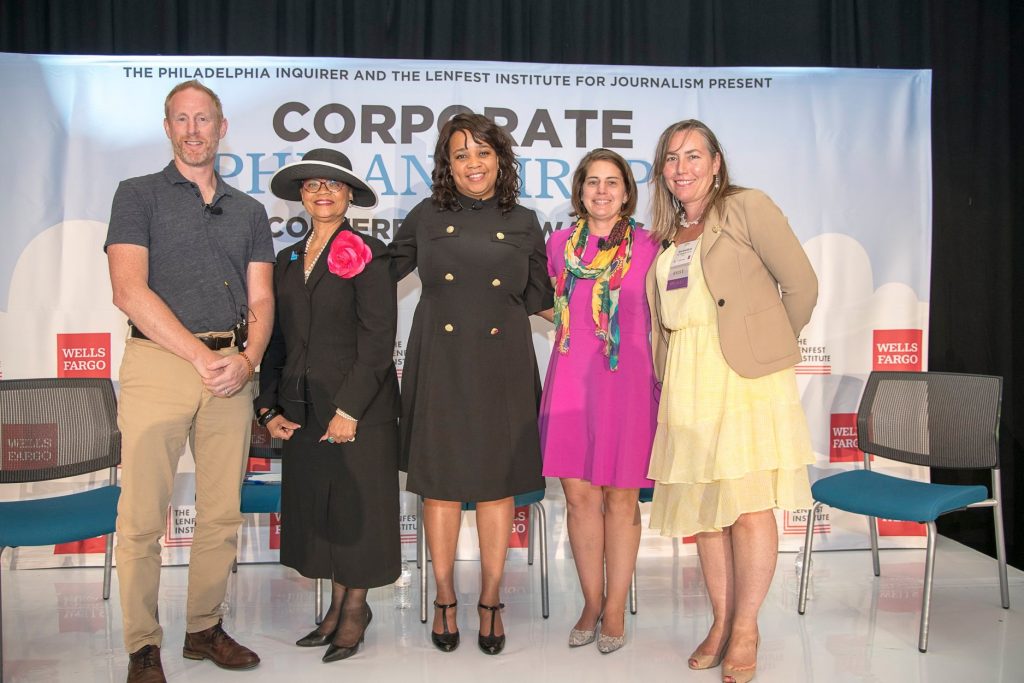