By Britni ZahodnickFebruary 24, 2020May 19th, 2020Company News Health of America
No Comments 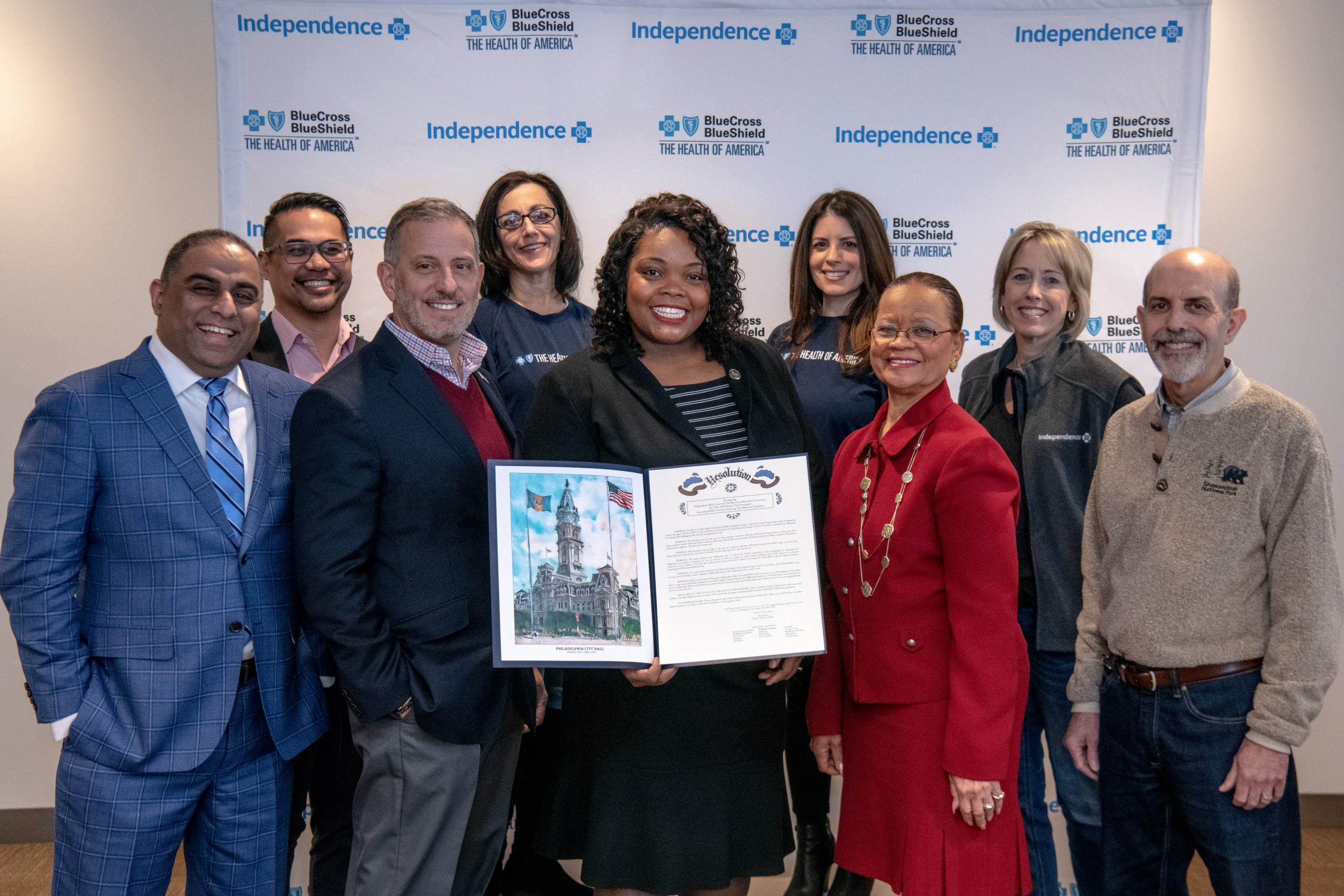 The resolution summarizes data contained in the Blue Cross Blue Shield Association’s Health of America report on Millennial Health and authorizes the City Council’s Committee on Public Health and Human Services to investigate the increasing health concerns impacting the millennial population in Philadelphia. It also commits to finding innovative solutions to combat these adverse health effects.

Nearly 73 million people in the U.S. are millennials, and data show they are less healthy than Gen X members were at the same age. The report examines the health trajectory of a generation that will soon comprise the largest group of Americans in the workforce.

Independence hosted the inaugural Health of America Forum, Millennial Health: A Call to Action, in partnership with the Blue Cross Blue Shield Association on November 6, 2019. The Forum  convened business leaders and employers, physical and behavioral health providers, millennials and more at the Kimmel Center for Performing Arts to discuss improving the health of millennials.