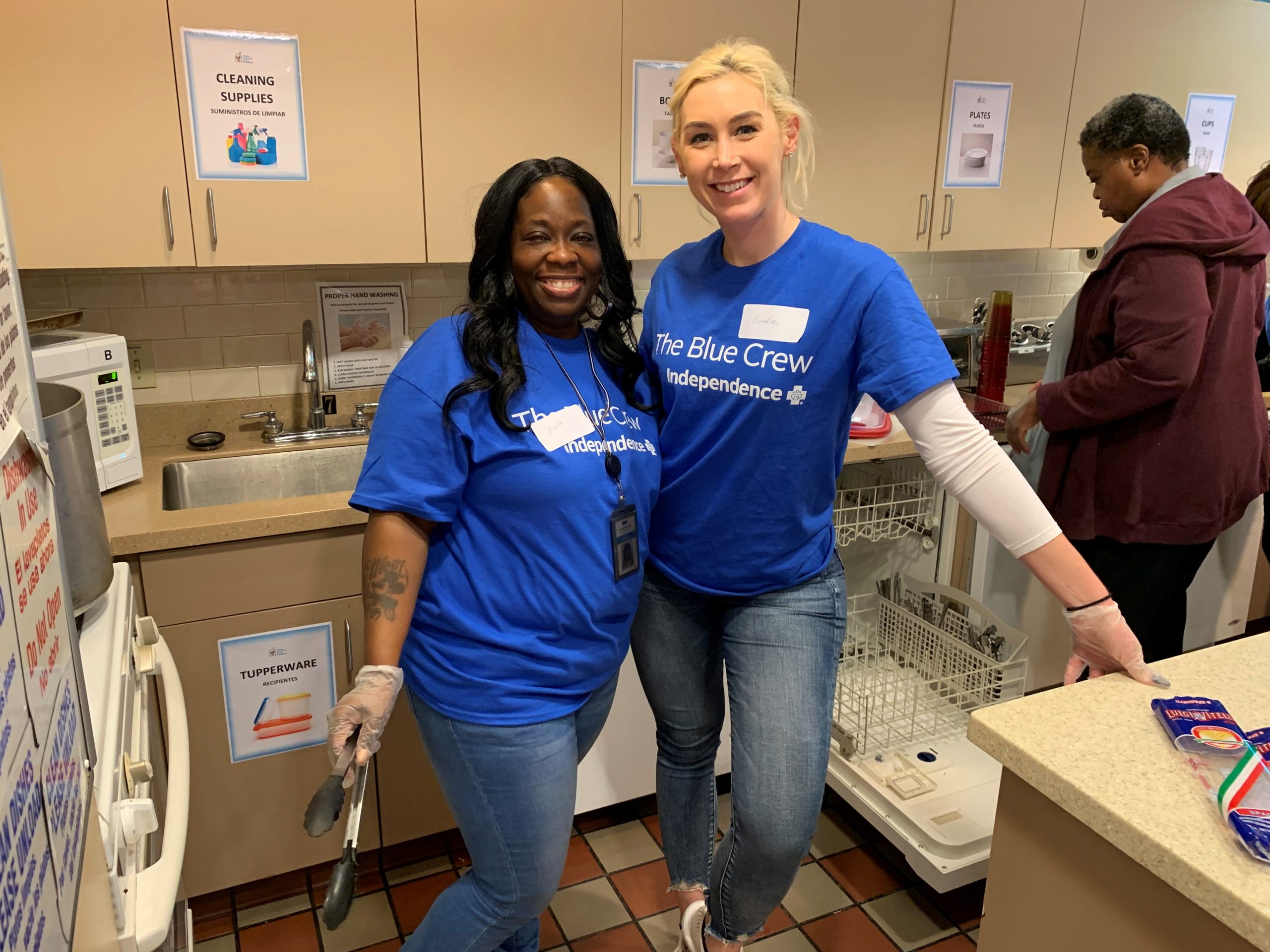 A pre-pandemic photo of Blue Crew volunteers volunteering at the Ronald McDonald House.

Celebrating its 20th anniversary, the Blue Crew have volunteered hundreds of thousands of hours since 2001 to local causes and supported more than 100 diverse nonprofits organizations across the region. This includes those addressing good health and well-being, food insecurity, and education and literacy. Despite the pandemic, nearly 1,000 Blue Crew members volunteered nearly 5,000 hours in 2020 through more than 100 events; more than half of these were virtual.