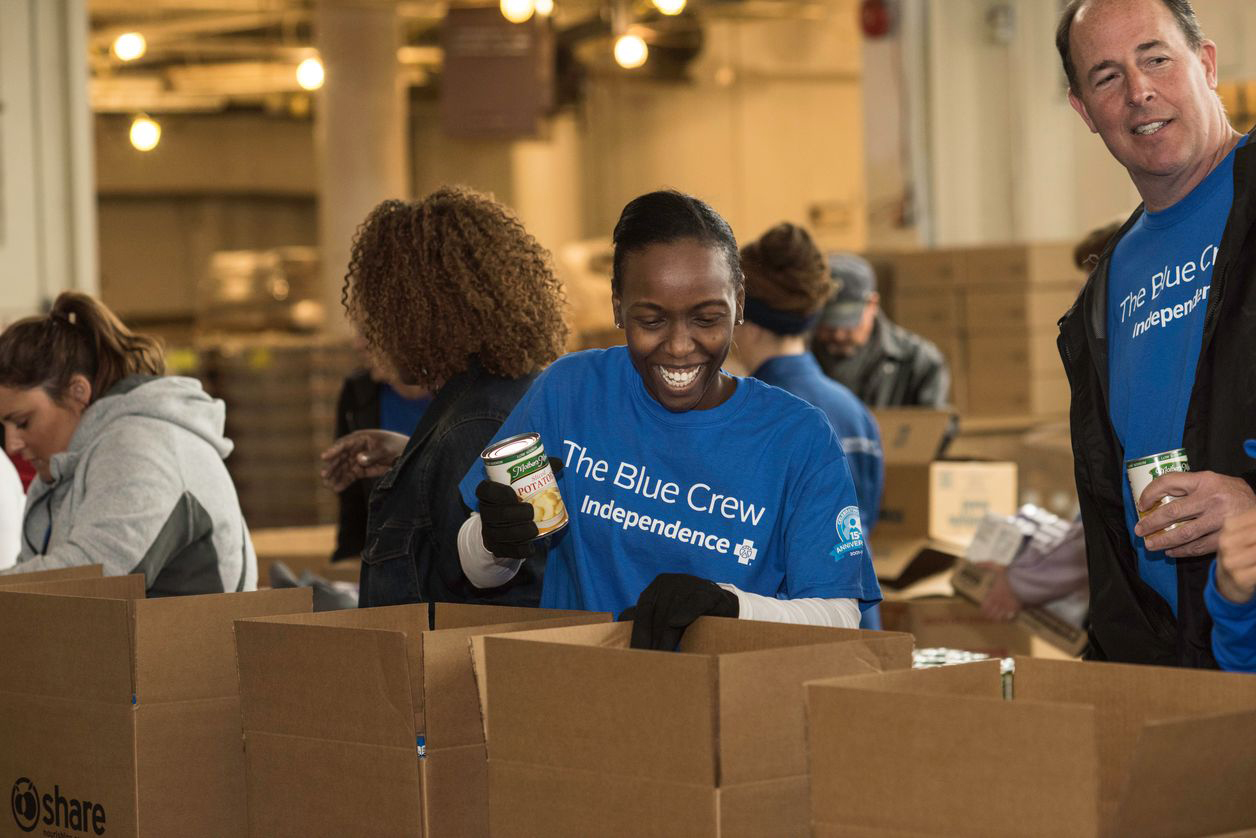 Philadelphia, PA — April 8, 2019 — Members of the Independence Blue Cross (Independence) Blue Crew, the company’s associate volunteer group, will be out in full force in celebration of National Volunteer Week, (April 7-15) which recognizes American volunteerism and the passionate people across the nation who dedicate their time and talents to serving others.

Nearly 230 Independence associates are planning to volunteer to support projects dedicated to community health, children, and community improvement. The projects this year include:

For the third straight year, Blue Crew volunteer participation reached an all-time high in 2018. In the past year, over 1,800 Blue Crew volunteers donated more than 15,000 hours in support of 105 nonprofit organizations in our region. In total, the Blue Crew participated in more than 350 different service projects. The value of volunteer time contributed is equivalent to $371,000, according to The Independent Sector, a coalition of nonprofits, foundations, and corporate giving program.

“For more than eight decades, Independence has served our community as a health insurer committed to improving the health and well-being of its members, and as a dedicated corporate citizen,” said Steve Fera, senior vice president Public Affairs at Independence. “Our Blue Crew is one of the region’s most visible and highly engaged group of corporate volunteers. The appreciation our associates have for giving back to their community is an important part of what makes Independence special and respected.”