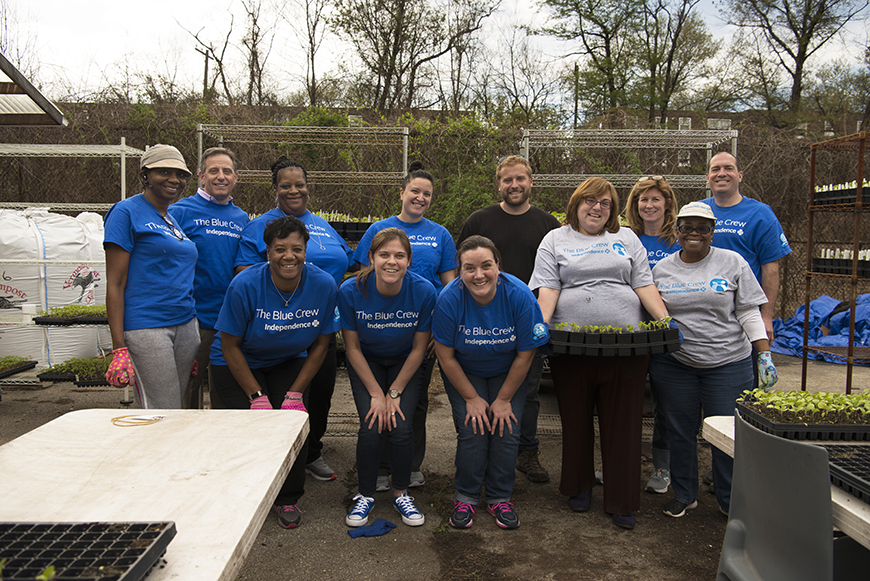 Giving back to the community has been a cornerstone value at Independence Blue Cross (Independence) since the company began. Through the Blue Crew corporate volunteer program, Independence associates and their families donate their time and talent to make a positive impact in our neighborhoods. From preparing nutritious meals for the infirm with MANNA, to reading to children through Philadelphia Reads, to helping relieve hunger with Share Food Program, the Blue Crew lends a hand wherever needed, supporting more than 80 nonprofit organizations throughout the region last year.

In 2017, participation in the Blue Crew reached an all-time high, with volunteers supporting more than 300 projects and donating more than 11,0000 hours, nearly 38 percent more hours than in 2016. In addition, the number of volunteers in 2017 was close to 1,400, a 50 percent increase from 2015. The collective value of those hours was nearly $275,000, according to The Independent Sector, a coalition of nonprofits, foundations, and corporate giving program.

“For 80 years, Independence has served its communities as a health insurer committed to improving the health and well-being of its members, and as a strong corporate citizen,” said Steve Fera, senior vice president Public Affairs at Independence. “We regularly encourage our associates to volunteer, and the appreciation and importance of giving back to your community is highly ingrained in our culture. It’s a big part of what makes Independence special and respected.” 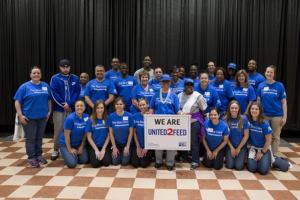 The Blue Crew volunteering at a United Way event.